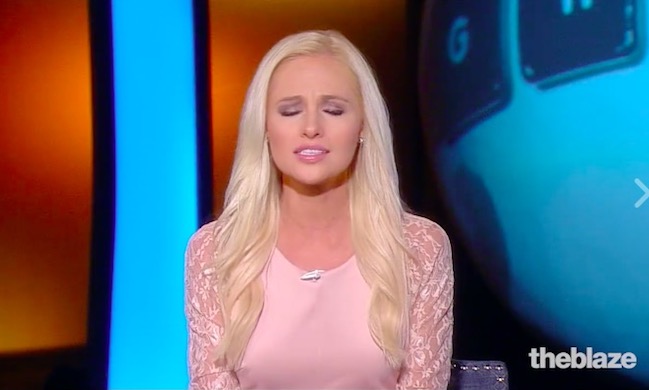 Tomi Lahren isn’t in the minority in her belief that celebrity award shows are an elitist circle jerk where the rich and famous condescendingly preach to us about the injustices of society, largely in an attempt to further their own personal brand. It has been reported that celebrities campaign for Oscars by getting behind social causes to woo the Oscar voters–ie the press-shy Casey Affleck appeared in his second PETA commercial in 10 months, disparaging circus for their mistreatment of animals. I love Casey Affleck, but circus animals, bruh. Really?

Conservative darling Tomi Lahren took exception to quite a few Oscar happenings last night, namely when Iranian director Asghar Farhadi won his second Oscar for Best Foreign Film at the 2017 Oscars for The Salesman. Farhadi boycotted the ceremony citing Trump’s travel ban, and instead had a statement read by Iranian-American astronaut Anousheh Ansari.

Statement read on behalf of foreign language film winner Asghar Farhadi denounces "inhumane law that bans entry of immigrants to the US" pic.twitter.com/GxulPE7E5L

Feel free to stay in Iran. I hear it's nice there. Good terror training grounds. #Oscars

Lahren’s tweets started a firestorm on Twitter with ‘snowflakes’ taking shots at her from all corners of the internet.

Oscar red carpet: "what are you wearing?" White guilt and liberal privilege. #Oscars

@TomiLahren you're the reason I'm gay

.@TomiLahren every white person should have to apologize for you honestly idgaf

She finished with a valid point:

Tonight the Hollywood elite will head to their fancy after parties with security, guest lists and extreme vetting. Ironic. #Oscars