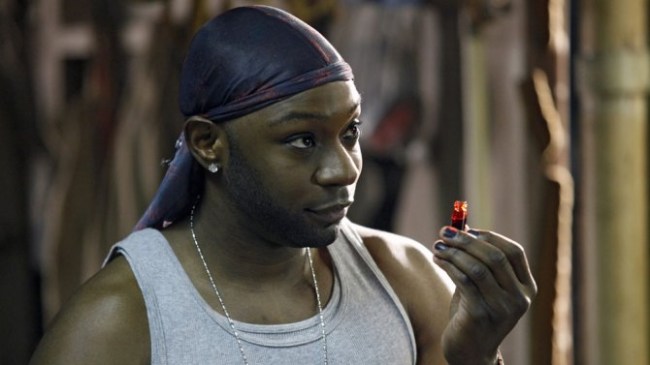 Nelsan Ellis, who appeared on many TV shows but was most famous for his role as short order cook Lafayette Reynolds on HBO’s “True Blood,” has passed away at the age of 39. The “Tue Blood” actor died after complications from heart failure.

“We were extremely saddened to hear of the passing of Nelsan Ellis,” HBO said in a statement. “Nelsan was a long-time member of the HBO family whose groundbreaking portrayal of Lafayette will be remembered fondly within the overall legacy of ‘True Blood.’ Nelsan will be dearly missed by his fans and all of us at HBO.”

“True Blood” creator and executive producer Alan Ball released his own statement on the passing of Ellis, “Nelsan was a singular talent whose creativity never ceased to amaze me,” said Ball. “Working with him was a privilege.”

Octavia Spencer, who costarred in the hit movie “The Help” said, “Just got word that we lost (Nelsan). My heart breaks for his kids and family.”

Born in Harvey, Ill. in 1977, he and his siblings were moved to Alabama to live with their aunt before Ellis decided to move back to Chicago at age 15. At 17, he joined the Marines, but quit shortly after. After studying at Illinois State University, Ellis went on to get his B.F.A. from Juilliard, where he just so happened to be a class above his eventual “True Blood” costar, Rutina Wesley.

“I have more makeup on than any of the females in the (True Blood) cast,” Ellis once told the Philadelphia Inquirer. “Once they get me with the fake eyelashes and the eye makeup, I listen to some Rihanna and I’m there.”

Ellis is survived by his grandmother, his father, and his son, Breon, as well as seven siblings.