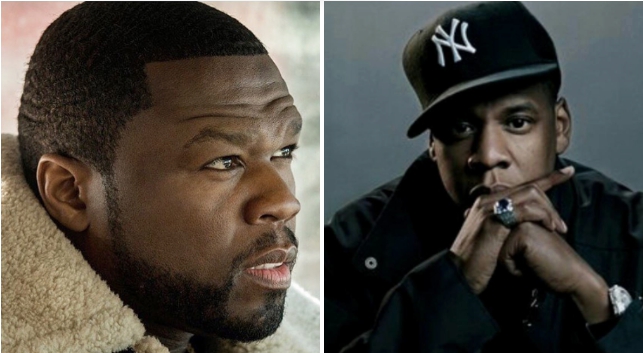 If anyone was going to come after one of the biggest icon’s in music, you could be your bottom dollar it was going to be 50 Cent. After all, HE GOT SHOT NINE TIMES!

Since its release on June 30, Jay-Z’s 4:44 album has already gone certified platinum (thanks in large part to Sprint, who bought up a bunch of albums and offered free downloads in exchange for email addresses). In any event, the album has garnered positive reviews from critics and fellow rappers alike.

Album full of jewels & therapy… just all this perspective…. this is wild.

Some of y'all forgot Jay Z know how to rap. Like, really well.

50 Cent, true to form, had a differing opinion.The rapper posted an Instagram video on Wednesday criticizing Jay’s latest release, then deleted it. Here is what he said.

“I thought the shit was aight, you know what I’m sayin’? I liked the shit. But I’ma keep it 100: The shit was a little, the shit was too smart. I felt like I was supposed to be wearing glasses and shit, and tie a fucking sweater around my waist. It was like Ivy League shit.”

“I’mma tell you the truth: N—as hot out here,” he went on. “They don’t wanna hear that shit. They just wanna have a good time. Fuck that. You can’t be the best rapper at 47, because the new n—as is here,” 50 Cent said.

50’s gripe with Jay-Z is a subtle one that hasn’t flared up into any threats or diss tracks, but 50 raised eyebrows in 2015 when he said that Jay ‘capitalized’ on his marriage to Beyonce, effectively diminishing Hov’s talent.

It’ll be interesting to see if Jay-Z gives 50 the satisfaction of a rebuttal. The dude is currently sitting on a platinum album, just invited twins into the world, and is married to the biggest star in the world. Wolves don’t lose sleep over the opinions of sheep.