Jay-Z Admits His Own Failures As A Husband In New Album ‘4:44,’ Addresses Cheating On Beyonce 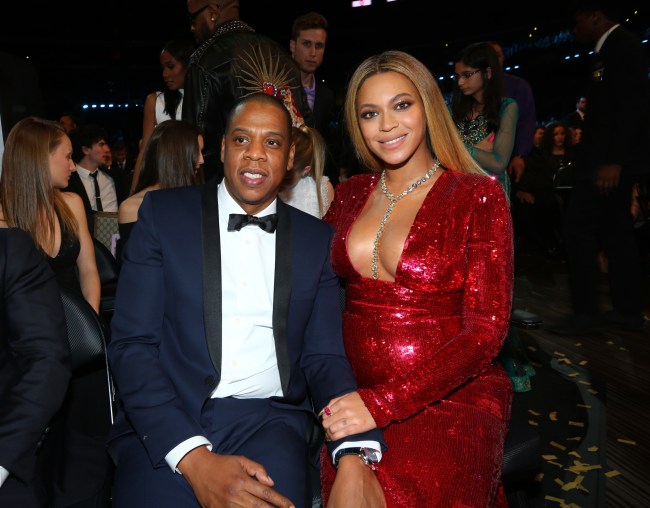 Jay-Z’s new album 4:44 just dropped Friday at midnight on streaming service TIDAL, and although I haven’t listening to it because I’m a Spotify guy, it has been dubbed the rapper’s most mature album yet. Instead of revisiting his many accomplishments in the 10-track album, the 47-year-old icon fearlessly addresses his own failures, primarily as a husband.

Although the album takes shots at figures like Bill Cosby and Kanye West, the target of his album is Jay-Z himself.

In the opening track “Kill Jay-Z,” the Brooklyn rapper addresses the infamous elevator scene where Jay-Z took a beating from Beyonce’s sister, Solange, while Beyonce stood idle next to him.

“You egged Solange on, knowin’ all along all you had to say you was wrong / You almost went Eric Benét, let the baddest girl in the world get away / I didn’t even know what else to say. Never go Eric Benét / I don’t even know what you woulda done, in the future, other (expletive) playing football with your son.”

Eric Benét is an R&B singer who was married to Halle Berry but ruined their relationship by cheating on her. Benét promptly responded.

Hey yo #Jayz! Just so ya know, I got the baddest girl in the world as my wife….like right now! ✌🏾

Jay-Z also rips rapper Future with his line “in the future, other (expletive) playing football with your son,”, referring to his ex Ciara marrying Russell Wilson.

In his title track, Jay-Z offers numerous confessions to his wife, repeating “I apologize” seven times and expresses shame in having to admit his infidelities to his daughter, Blue.

“And if my children knew, I don’t even know what I would do / If they ain’t look at me the same, I would prolly die with all the shame / You did what with who? What good is a ménage à trois when you have a soulmate, you risked that for Blue?” he says.

“My heart breaks for the day I have to explain my mistakes/ And the mask goes away and Santa Claus is fake.”

One of Jay’s unexpected targets is his collaborative partner, Kanye West, who ranted about Jay-Z for not returning his calls during a short-lived show last November in which he prematurely walked off the stage.

“You gave him 20 million without thinking, He gave you 20 minutes on stage, (expletive) was he thinking?” Jay raps during Kill Jay Z. “‘(Expletive) wrong with everybody?’ is what you sayin’, But if everybody’s crazy, you’re the one that’s insane.”

In Variety’s thorough assessment of the album, Jay-Z is painted as a man who is most comfortable in his own skin.

There’s still no real gold-standard model for chasing relevance as a middle-aged rapper, but by finally opting out of the race, Jay-Z could well have drawn up a new blueprint.

For those of you bros who’ve listened to the album, I’d be interested to hear what ya’ll think in the comments.