Power Ranking The Best Songs On John Mayer’s New EP, ‘The Search for Everything — Wave Two’ 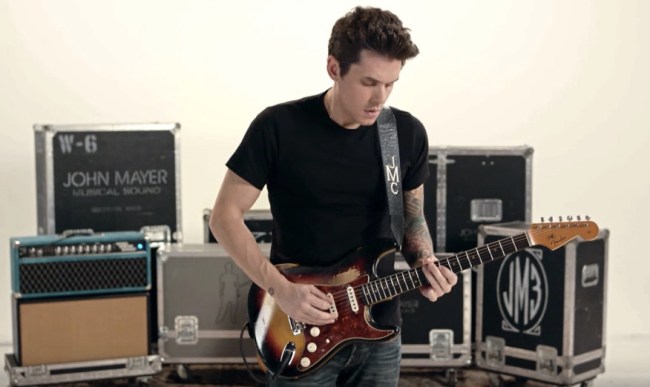 John Mayer is a damn good guitar player and all-around Bro King. I don’t need to repeat myself like a broken record about how silky smooth his cuffing season anthems are off his new album, The Search For Everything.

Last night at midnight, John Mayer dropped the second wave of The Search For Everything. Much like the first wave, it bangs hard. Because you need crunchy tunes to mellow into your weekend vibes, I’m here to power-rank the jams on this four song EP.

When John Mayer starts shredding blues guitar, my insides get all giggly and I start to feel emotions that make the hairs on my back stick straight up like a cat. “Helpless” is like one of those great bluesy Steely Dan records from another era, complete with a catching riff that leaves plenty of room for Mayer’s band to vamp away. It’s the G.O.A.T. of the EP, with Mayer telling Rolling Stone he “sees himself opening up shows with this song.” Fuck yes.

Clearly a break-up song, but a happy break-up song. There’s the whole ’70s soul beat like a great Donna Summers record, along with sensual undertones of lyrics about longing for someone, like “I still keep your shampoo in my shower.”

Mayer admitted this is about Katy Perry, btw. Just another one of the things that makes Mayer such a boss – He ain’t afraid to show his feelings, even when it comes to his art. via:

“I actually, for the first time in my life, believe I recorded exactly what I was feeling,” says Mayer, who describes having experienced a deep and unprecedented sadness following his 2014 break-up with Katy Perry. “It was the only time in my life that sadness was like a lucid dream, like, ‘Oh, I’m here. I got no business trying to get out of this, because it won’t work.’ It was like learning to live in the wilderness.”

ROLL IT ON HOME

If you’ve caught Mayer with Dead and Company, you know how comfortable he is leading the way on the Dead’s country cowboy anthems (“Tennessee Jed”, “Saint of Circumstance”, “I Know Your Rider”, “Big River”, etc).”Roll It On Home” is road music, drawing from a heavy Americana/Nashville tradition. It conjures up all those emotions of a lonesome road anthem: Driving down the highway to see someone you love, shuffling along mile after mile past Flying J truck stops with nothing but the comforting thoughts of “home” — family, friends, a lover, your bed, whatever the hell that is — on your mind. In his own words to Rolling Stone:

“It’s supposed to be like a worn-in pair of jeans,” he notes. “It reminds me of JJ Cale or Eric Clapton, and those unsung great records like Clapton’s ‘Promises,’ which sounds like it’s performed in a reclining chair, with a cigarette burning in the headstock of the guitar.”

EMOJI OF A WAVE

Never mind the modern romance behind the emoji — This is Mayer’s “Saturday morning, I miss you” song. A ballad full of heartache and longing, it’s the record that goes on a rainy day, “I’m-feeling-sentimental-about-our-memories” playlist. “Sitting in a feeling,” as he puts it, is totally a thing:

“It’s about sitting in a feeling,” Mayer says, describing the emotional inspiration for “Emoji of a Wave,” a gorgeously orchestrated folk tune that features lush, otherworldly vocal harmonies – including backing vocals from Beach Boy Al Jardine and his son, Matt. “There are two levels to the song,” Mayer notes. “One of them is the beautiful destination I go to whenever I hear it, which is Santa Barbara on a rainy, cold day. The other level is just about this part of life and love that my brain doesn’t understand: wanting to act to resolve a situation but knowing there’s no resolution.”

It’s great to see someone so talented come into his own. Can’t wait for Mayer to bring those jams on his tour. Having followed the man’s career since junior prom to his resurgence with The Dead, it’s great to see a guy  better with age. Musically, the man is a fine Havarti cheese paired with a 12-year pinot noir.

Listening to some wonderful Grateful Dead (Estimated Prophet w/Branford) this afternoon. Feeling grateful in all the right ways. ⚡

Can’t wait to have my mind blown by jams like this: