You know you’ve reached Legend status when the physical version of your sexts to a girl is being auctioned off for as much as a brand new Kia Sportage with power steering.

A sexually-explicit letter Tupac reportedly sent while incarcerated in 1995 for nine months for sexually abusing a fan has been acquired by Goldin Auctions owner Ken Goldin and is expected to be auctioned for at least $25,000. This is a conservative estimate when you consider that the asking price for a poetic handwritten letter Pac sent Death Row Records publicist Nina Bhadreshwar during that same prison stint sold for $172,725. The asking price was just $11,000.

The letter, which is said to be in reply to a “passionate letter” he received from an unnamed woman, should not be read aloud at your family dinner table.

Check it out below, as acquired by TMZ: 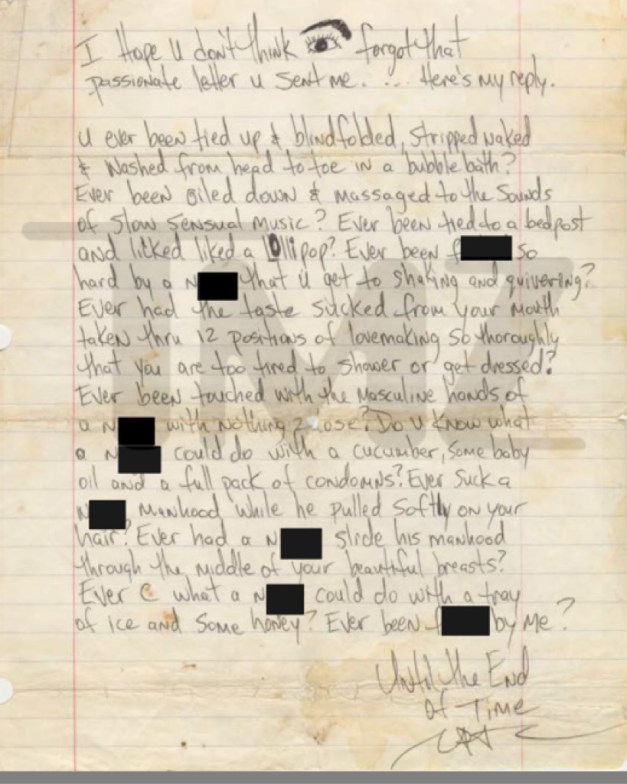 “Do you know what a n**** could do with a cucumber, some baby oil and a full pack of condoms?”

You lost me at ‘condoms’ Pac.

But for real, now that this is a thing, I’m looking to make some cash off this text I sent from the shitter. Asking price a six pack of Natty or a rolled joint.