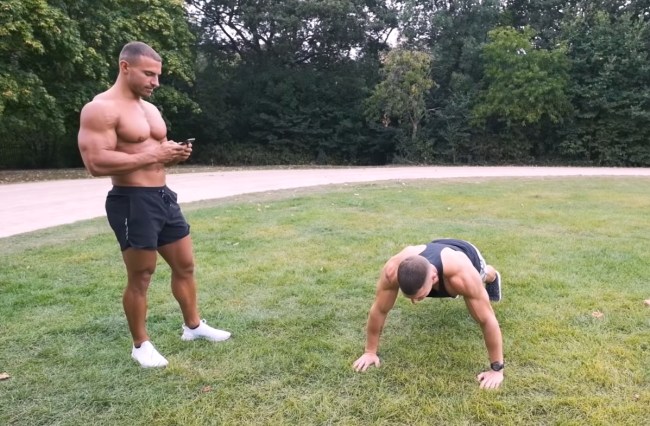 In late June, Ryan Sowder of the 2112th Transportation Company out of Burlington, Kentucky, racked up a near-perfect score on the Army Combat Fitness Test.

Since Sowder’s perfect accomplishment, many soldiers and civilians have taken a crack at besting the short but grueling fitness assessment.

British bodybuilders MattDoesFitness and Mike Thurston thought better of the idea and took a crack at attempted the US Army Physical Fitness Test.

The test isn’t as tough as the ACFT, but it’s incredibly difficult – even though it sounds easy as hell.

The test consists of three challenges, each of which is graded out of 100:

During the pushup phase, an individual has to stay in the position for the entire 2 minutes. Putting knees on the ground or breaking the position for even a second earns an instant failing grade.

For situps, a trainee must make their head and hands fully touch the ground. On the rise off the ground, the torso needs to be at a right angle to the ground.

Both moves call for body control, which is difficult after seconds.

Finally, the 2-mile run has to be completed in under 13 minutes (6:30 pace for each mile) which is tough as hell, even for a daily runner like myself.

Think you’ve got what it takes? There’s only one way to find out.