As If We Needed More Reason To Envy Him, Chris Hemsworth Says His Wife’s In Better Shape Than He Is 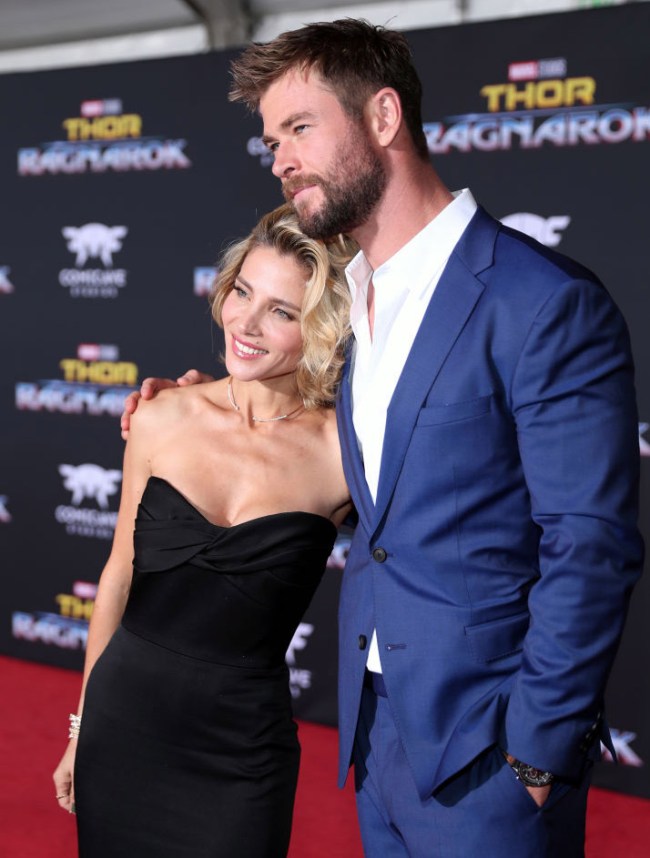 Chris Hemsworth is living the kind of life we all dream of living. He’s rich. He’s famous. He’s shredded. He plays a goddamn Norse god. He’s got three beautiful children. And he’s married to one of most stunning women you’ll ever see in Elsa Pataky, who you might recognize from the Fast and the Furious movies.

Dude is also one of the funniest and coolest bros out there. Plus, just to to top it all off, he can do this…

Trying out the new Eco board from @emerysurfboards , made from recycled foam, bio reson and local Australian timber , all lowering the environmental impact on this beautiful planet and havin a crack while doin it!!✌️🌏@australia thanks for the photos @shannonmackie.stillsandmotion

Now we already know how much work Hemsworth puts in to maintain his god-like physique. His training regimen and diet are not something just anyone can pull off.

Except for maybe his wife.

At least that’s what Hemsworth said on the red carpet at the premiere of Thor: Ragnarok.

“She can wear you out in the gym, is that true?” asked ET’s Kevin Frazier.

“Yeah, she has a greater cardio skill set, endurance than I’ll ever have, and it’s a little embarrassing at times,” he said. “We have the same trainer, a mate of mine from school that we grew up with, and he very often says, ‘You know what, your wife is much fitter than you are,’ so I’m well aware of it.”

He’s not kidding either. Watch how hard she trains…

I am almost starting to hate this guy. Nah…he’s Thor!!

Want to see how other celebrities train? Check some of these out…