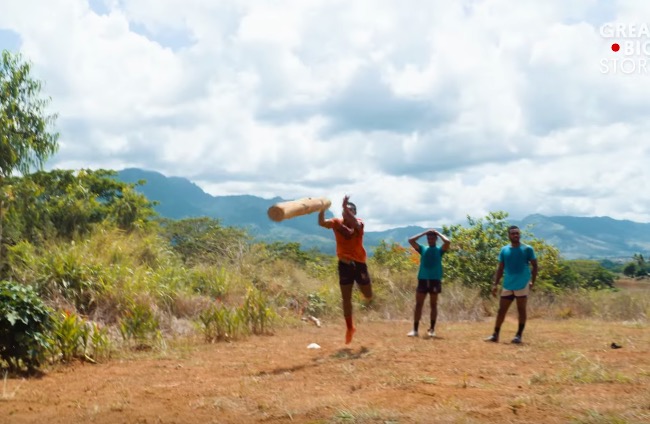 Rugby is one of the most physically demanding sports on the planet. It requires immense strength, agility, and capacity to withstand pain while enduring through bone-crunching hits and injuries. The entire population of the island nation of Fiji (country of Oceania) is under 900,000 yet somehow they produce the top rugby players in the world year after year.

One of the clubs which pumps out elite athletes is the Yamacia Rugby Club founded by David Dakuitoga. The club was founded to provide unemployed youth a second chance at life and they train using some of the most rugged methods imaginable. Casually throwing some tree trunks to build strength? I wouldn’t even know where to find enough space for an exercise like that but it’s just part of the daily training routine for these bros at the Yamacia Rugby Club:

What I find amusing about all this is how this man created the Yamacia Rugby Club as a refuge for unemployed youths in need. He’s a great person who isn’t out to make a buck but instead, he aims to enhance the lives of those around him. But if you were to create something like this here in America it would ultimately lead to people willing to spend $50/class for ‘boot camp’ exercises. Classes where they pay a fortune to sweat and train like Fijian rugby players for a day. Just kind of has me wondering where all our good samaritans are these days.