Remember Gerald Garner From ‘Heavyweights’? Well, The Dude Looks Like He’s Been Using The PerkiSystem 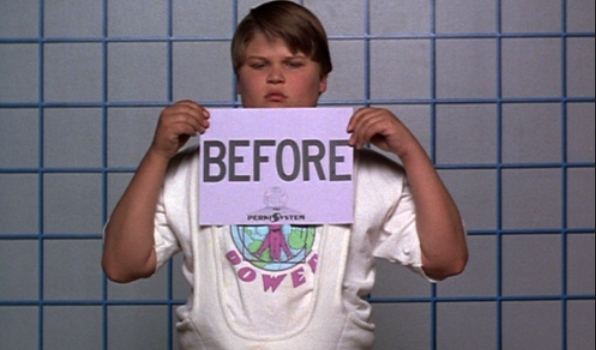 I think we all owe a little something to Mother Earth, Father Sky, and our dear old Uncle Tony–the most misunderstood villain in movie history.

While Fat Pat was out riding go-cart with the kids while blissfully ignorant of childhood obesity, Perkis was fine-tuning the PerkiSystem so his campers could have a snowballs chance in hell of avoiding diabetes. If Pat allotted a slither of the time to his campers health as he did trying to bone counselor Julie, maybe the kids could have picked up a healthy habit or two instead of sucking down deli meats for breakfast. Don’t get me wrong, Tony Perkis was a deranged sociopath with children’s fat rolls stuffed in his basement freezer, but sometimes the hero we want, isn’t the hero we need. And that was certainly the case with Camp Hope.

Gerald Garner entered Camp Hope at 11 years old slob, weighing 141 pounds. Today, at 37 years old, he looks like he could steal your wife on your honeymoon. And it’s impossible to not hand over at least a lion’s share of the credit to Uncle Tony and the PerkiSystem.

Kids, at age 12, Garner weighed 319 pounds. He had bad skin, low self-esteem, and no self-respect. Now, he eats success for breakfast, with skim milk. And he didn’t do it by gallivanting around Camp Hopeless with Pat in his quest to get his tip wet with Julie. It took hard work, dedication, and a little tough love from Tony Perkis. A true American hero.