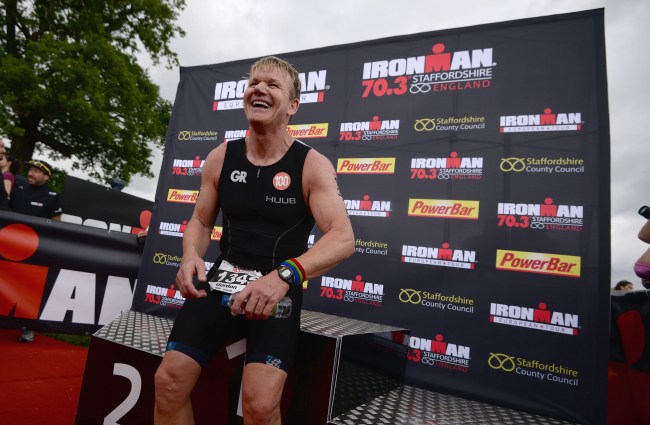 Professional chefs, even at the highest level, have earned the reputation of living extraordinarily unhealthy lifestyles. Due in part to the long hours on the job, the industry is marred with obesity, drug habits, even suicide.

World renowned chef Gordon Ramsay was sliding down that slippery slope. The three-time Michelin star winner had been working ridiculous hours and ironically, eating poorly. The 51-year-old had ballooned to over 250 pounds, and if it weren’t for his wife, Tana, he could still be swirling down that downward spiral.

“Tana was not impressed with the way I was.”

“I was overweight, 18 stone [250 pounds]. I looked like a sack of shit. I look at the pictures and think, ‘How did Tana stay around?’ Because Tana has got better-looking and more gorgeous. And there she is, getting in bed with a fat fuck.”

Tana told him he was getting fat and Ramsay felt he had to shape up or risk losing her.

“It was painful. I used to look at myself in the mirror and think, ‘Holy shit!’ So it was a big wake-up call.”

It also didn’t bode well for Ramsay’s confidence that he and his wife would vacation with David and Victoria Beckham. I think every man with a pulse would been a bit exposed if David Fucking Beckham took his shirt off next to them.

“I didn’t have a figure. I didn’t feel that good. After working my ass off and achieving a lot, I wanted to get in serious shape.”

Ramsay, whose father died of a heart attack when he was just 53, knew it was time for a change. The restaurateur randomly emailed Will Usher, a former Army captain and member of the Royal protection squad who is a champion triathlete and coach. Ramsay told Usher he wanted to dive straight into an Ironman Competition–which consists of a 1.2-mile swim, 56-mile bike ride, and a 13.1-mile run. Usher kindly told him he’d kill himself if he attempted that in the shape he was in.

Usher enlisted Ramsay in a grueling military-style workout regime, involving long-distance swimming, rowing, core strength work, and three hour-long workouts on a gym bike every week. Ramsay also claimed he stopped drinking milk (because it makes his sluggish) and eating cheese, which he claims has made a huge difference in weight loss.

Fast forward to today, Ramsay has lost 56 pounds and now weighs 192 pounds. He also competes in Ironman competitions with his wife.

“The more I train, the more normal I am, the more I feel that I’m still unchanged. It’s just another little reminder of who I really am.”

This may have just inspired me to workout for the first time in 2018.