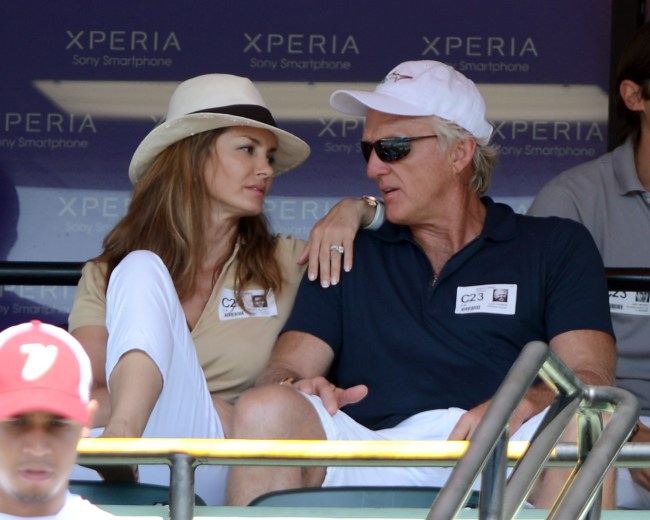 Greg Norman is 62 years old and over two decades removed from winning his last major championship at the 1993 British Open. One would think that spending 331 weeks as the world’s number one golfer in the 80s and 90s and winning 91 international tournaments, including 20 PGA Tour tournaments and two majors would be enough success to sail off into the sunset forever.

But the Great White Shark was just getting started. Among his seveal philanthropic endeavors, Norman is the Chairman and CEO of Great White Shark Enterprises, a global corporation with a portfolio of companies in fields like apparel, interior design, real estate, private equity, golf course design.

On top of that, Norman is a fitness freak–working out at least five times a week, doing a two-hour routine that includes around 45 minutes of cardio and a combination of free weight exercises, medicine ball moves, Pilates, and cable machine workouts, Men’s Health reports. Check out the beast at work.

Even with his leg in a cast…

If I look like this when I’m 62, I’m running for President.