How Often Do You Wash Your Towels? Because Scary Things Can Happen If You Aren’t Doing It Enough 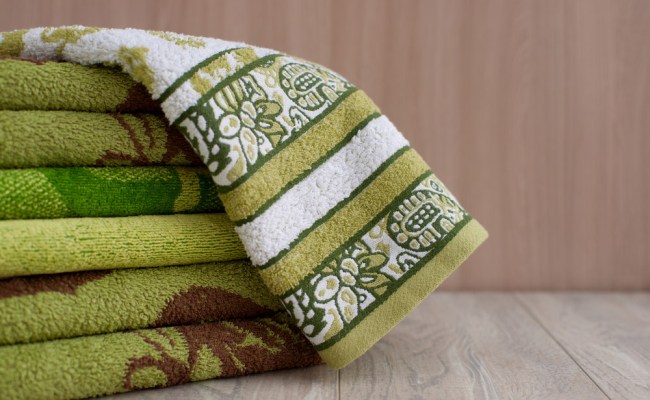 How often do you wash your towels? I’m talking about shower towels, hand towels, any kind of towel that you might need around the house? Because if you’re not washing them often enough, some VERY nasty things can happen.

Naturally, there are always going to be some germs on your towels or any other item in your house, but you won’t believe how bad the germs become when you use a previously used towel – and it doesn’t take long.

Because your hands can transfer microbes to your towels from whatever they touch, the bathroom is an especially threatening place for a towel to spend most of its time. There, your hands touch fecal organisms like coliform bacteria—organisms that can indicate the presence of disease-causing bacteria in water—Escherichia coli or even Salmonella, according to Charles Gerba, a microbiologist at the University of Arizona. In one study (which has not yet been published) Gerba says he found that nearly 90% of bathroom towels were contaminated with coliform bacteria and about 14% carried E. coli. His published research has also found these bacteria on kitchen hand towels, and the numbers of E. coli correlated to how frequently towels were washed.

“90% of bathroom towels were contaminated with coliform bacteria.” *shudder*

That hand towel in your bathroom? Yeah, you might never touch it again. Might want to burn it actually.

Many people don’t wash their hands thoroughly, he says, so when they dry their hands on a towel, they’re rubbing bacteria into a place it’s likely to grow. “After about two days, if you dry your face on a hand towel, you’re probably getting more E. coli on your face than if you stuck your head in a toilet and flushed it,” Gerba says.

Here’s some more good news. Susan Whittier, director of clinical microbiology at New York-Presbyterian and Columbia University Medical Center, says that towels that remain damp or moist are “a breeding ground for MRSA.”

Awesome. Who doesn’t want MRSA?! The risk is even higher if you use a still-damp towel and have any cuts, abrasions or dry skin.

So how often should you be washing all these towels?

According to Gerba, you should wash any bathroom towels after about two days of use, especially if you have young children. Oh, and use hot water and a product with activated oxygen bleach because bacteria won’t go away using just regular laundry detergent.

Whittier says, “As long as it’s drying completely between use, there’s almost no chance of passing bacteria from one person to another.”

You should still be washing them at least once a week though.