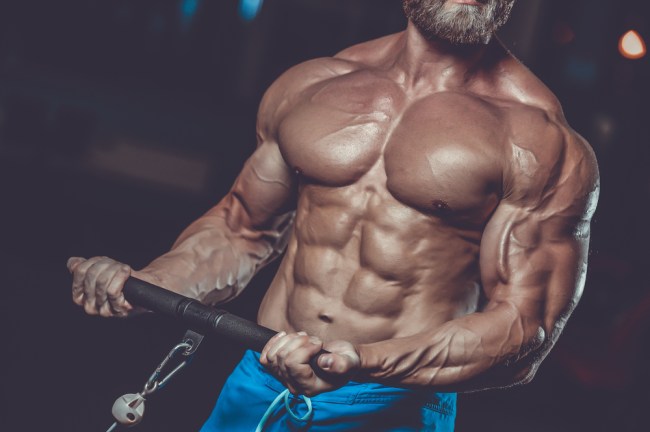 Shutterstock / ALL best fitness is HERE

I’d be very unfit if I couldn’t hit the gym with music on. Because frankly, I’d be far less motivated to go and those half rep, half set and outright half assed days would be more common. I do enjoy the gym, but music just seems to give that boost that’s required a lot of the time.

Is there any real reason for it though? Does Daft Punk’s Grammy winning 2001 song make you go harder in the gym? Faster on the field? Better in the race? Or just outright stronger?

If you think it’s a shit song. Then probably not. But whatever music you are into, you could benefit from listening to it as you train for a few different reasons.

First off there’s the beat and rhythm of music. If you’re music matches either your pace, your reps or your focus then it’s going to help carry you through.  Sort of like how some music makes you drive faster. There’s part of your brain that’s going to try match the pace and step up your output.

Within the limits of your own body obviously. Listening to Drum and Bass at double speed isn’t going make you train twice as fast. But will probably make you twice as anxious.

The beat of a song can work both ways too. If you are doing something that requires lots of focus, then a slower beat can help channel the mind and even promote relaxation. Classical music before competition would help you calm nerves and even disassociate the mind.

Just remember to turn that tempo up if you’re about to unleash in high energy sport.

Research carried out at Brunel University concluded that ‘The effects of carefully selected music are both quantifiable and meaningful.’ This applying to Synchronization and Acquisition of Motor Skills.

If you’re a serial lifter then you know the benefit that being caught up in a powerful song can have. We all know the moment where Rocky Balboa trains for victory to the sound of ‘Eye of the Tiger’ in Rocky III. Well it’s kind of like that. If you associate that song with victory and training harder, it’s going to ignite the same feelings in the gym. If you can get over how much of an absolute cliché you are anyway.

Now if you’re the kind of person that loves pounding away at the road and running for hours on end, the power of music comes from it’s ability to dissociate the mind.

Your body is probably screaming as you push your muscles and cardiovascular health to the max. But, by sticking on ‘Till I Collapse by Eminem, you’ll be distracting your mind away from feelings of exhaustion and fatigue.

Science backed this up too, with researchers seeing up to 15% improvements on endurance levels when athletes were given targeted music.

We Are the Champions

In the run up to competition or when you need to just visualise beating a PR, music has been found to help people achieve a ‘flow state’. Which is basically channelling all thoughts into beating a goal.

If you can visualise a victory where you see yourself stood on a 1st place podium with crowds cheering and speakers blaring Don’t Stop Believing by Journey, then it’s this song that’ll you associate with that victory.

It’s then going to be this song that gets your mind focused on winning. So listening to it whilst training will focus and boost you performance.

But it doesn’t just need to be victory. Anything that makes you feel empowered, strong and like a winner will work.

How to Use Music to Boost Performance

Music can have a major influence on your athletic performance. But you need to remember that to really get things optimized you should be picking tunes that you like and that match up to the beat of what you are doing.

Listen to music that evokes emotion. If you’re hitting the gym, get angry. About to play some golf? Chill out. If you’re someone who enters archery competitions, listen to Oo-de-lally from Disney’s Robin Hood.

Remember though, the beat is essential. To hone your performance even further, make sure you start to listen to songs that you can associate with victory and your end goal. Listen and mediate on where you want to be as you listen. Then unleash the tune as you train.

The final and most important point though, just enjoy it. If you listen to the music you love and it motivates you to get fit and healthy, then keep doing it.

Science has proven music works for athletic performance and so it’s by the safest performance enhancing drug out there. And one that even your mum can use.

Anyway, I’m off to go break a PR on deadlifts thanks to Cotton Eye Joe.