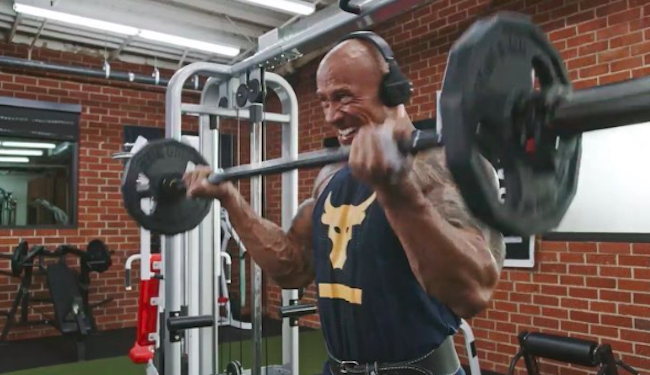 Dwayne “The Rock” Johnson, doesn’t half-ass anything. The A-list action movie star goes just as hard in the gym as he does trolling Tom Brady on Twitter.

So when the man hands out exercise tips, it’s smart to pay attention.

The Rock recently shared one of his favorite bicep exercises on Instagram, a “hellish” finisher called 21’s.

It’s an old school move that puts a squeeze on the bicep muscles, as Johnson demonstrates in this quick clip.

Rock’s love for 21’s probably goes back to his days working out with the Miami Hurricanes as the exercise has been a staple in gyms for decades.

It’s as old school and effective as turtlenecks and gold chains.