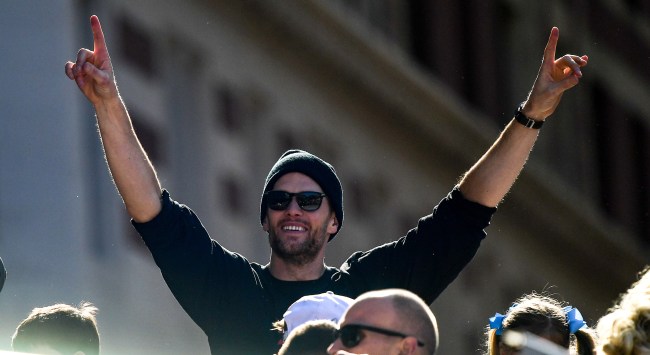 Back in January of 2017, Patriots quarterback Tom Brady performed perhaps the worst impression of Dwayne “The Rock” Johnson ever perpetrated on humanity in a video hawking some of his “special” sleepwear.

“Hey, Rock, what kind of sleepwear you sleeping in? IT DOESN’T MATTER WHAT KIND OF SLEEPWEAR YOU’RE SLEEPING IN!” Brady said in the bit. 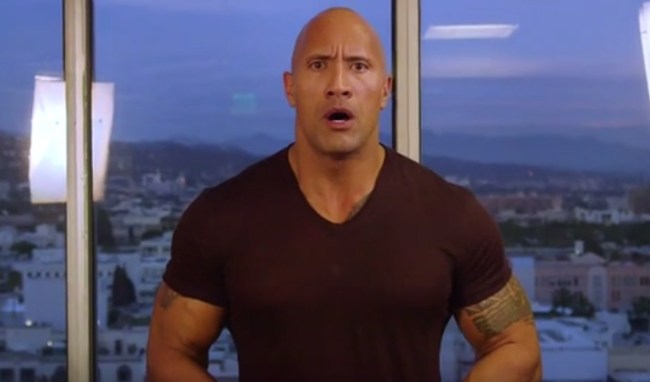 “Sweet tap-dancing baby JESUS! What in the FUCK did we just watch! Thomas what was that?! I mean, you’re sitting there, you’re sitting on some rocks, which I guess that’s supposed to be profound because my name is The Rock and your legs open like Kermit the Frog, like you’re getting ready to sing ‘Rainbow Connection’ for Christ’s sakes. What are you doing?” said The Rock in a follow-up video where he also referenced his “Penisoraus.”

Fast forward a couple of years and the two Under Armour spokesmen were back at it on social media as on Monday after Brady finally, officially joined Twitter… with a really lame April Fools joke saying that he was retiring.

Was this a bad joke?

That being said, it wasn’t a total loss because when The Rock saw that he decided he would play along by poking a little fun at both Brady as well as himself.

“My good friend @TomBrady just texted me and said he’s retiring. What a career!” DJ wrote on Twitter. “And that he’s also joined @Twitter. Good to see him comply with our dress code. He loves his new fanny pack.”

My good friend @TomBrady just texted me and said he’s retiring. What a career!
And that he’s also joined @Twitter.
Good to see him comply with our dress code. He loves his new fanny pack.. pic.twitter.com/723znQ0DpZ

I feel like I’m the only one adhering to this dress code you told me about...

looks like you skipped leg day recently though... pic.twitter.com/dOGPP7J4yf

Think Augusta will let us live tweet a round?

I’d like to apologize to whoever used to have it for all the mean stuff people said to them.

Dammit. Why does he have to be good at this too?