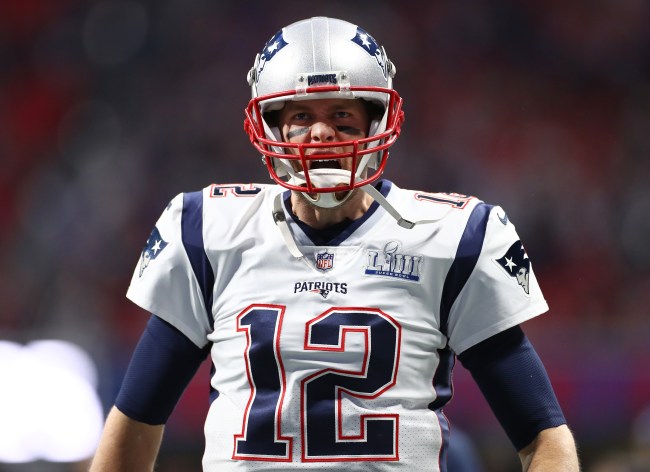 Tom Brady is the GOAT, having won six Super Bowl titles in nine total appearances in the Big Game, but, for some odd reason, the New England Patriots quarterback had never joined Twitter. That all changed this morning, though, when Brady finally gave in and added the platform to his social media channels. Remember, this is the same dude who is active AF on Instagram and Facebook, so the same will probably be said for Twitter now, too.

As great as Tom Brady is on the field, though, his Twitter game has gotten off to a poor start. Why? Because the 41-year-old tried to pull the lamest April Fools’ Day joke on all of us by saying he’s retiring and will only be tweeting in his spare time. Classic old man sh*t by Brady.

I'm retiring. In my spare time, I'll be tweeting #LFG

Obviously, Tom Brady isn’t going anywhere. The dude has already said a ton of times that he’s hoping to play until he’s 45 years old, so no need for everyone to get their panties in a bunch over this, the dude is just having some fun. Still, as the Internet often does, people had reactions to Brady’s first tweet, so here’s some of the best — which includes a helluva lot more people than I’d imagine believing that this was legit.

When NFL fans realize this is just an April Fool’s gag pic.twitter.com/NpOdbGMO1m

Tom, as a youth football coaching legend, I find this a selfish way to let your teammates know you are retiring. And as your first tweet you quit? If you played for my team, I’d do what I did with the last player to quit on me – got his dad fired by claiming he drank on the job.

i wish this was real smh

Me looking at the date… pic.twitter.com/9HfwnIzBf3

Guys, it’s April Fools’ Day, so how in the hell are people taking this Tom Brady tweet seriously? The Internet takes itself too seriously sometimes, especially the dude who said Brady was being selfish for announcing his fake retirement on Twitter.

Welcome to Twitter, Tommy Boy. If your first tweet is any indication of what we can all expect from you in 280 characters, it’s going to be one helluva party, so it’s no wonder the future Hall of Famer quickly racked up thousands of followers.