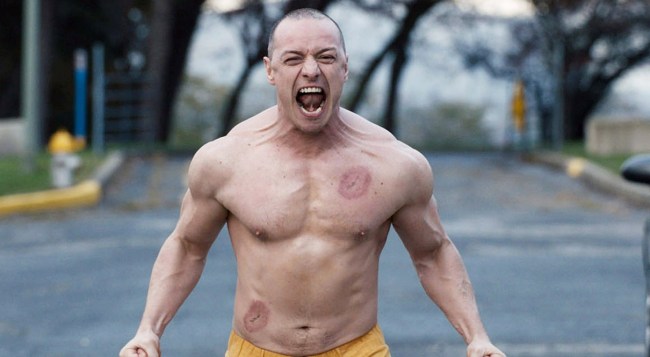 A little over two years ago, the internet was caught by surprise when Professor X himself, James McAvoy, was spotted looking swole AF. He explained it was for his role as Patricia/Dennis/Hedwig/The Beast/Barry/Heinrich/Jade/Ian/Mary Reynolds … *deep breath*… Norma/Jalin/Kat/B.T./Kevin Wendell Crumb/Mr. Pritchard/Felida/Luke/Goddard/Samuel/Polly in the film Glass.

McAvoy went on to give us a tiny peek into some of the workouts and his diet plan, but now, thanks to the folks over at Men’s Journal, we’ve got the full dope on just exactly how Charles Xavier turned into The Beast.

Magnus Lygdback, the same guy who trained Alicia Vikander to be Lara Croft, Alexander Skarsgård to be Tarzan, and Gal Gadot to be Wonder Woman, was also the man behind McAvoy’s transformation.

“James is one of those guys who loves the process,” said Lygdback. “Because he had already been hitting the gym, and the framework was there, we were able to get more accomplished than I ever imagined.”

Flex Friday at its best🔥 – Who’s watching Glass this weekend? – This is what it looked like behind the scenes when we were creating “The Beast” 💪🏻 – – – – – #glassmovie #thebeast #jamesmcavoy #magnusmethod #magnuslygdback #flexfriday

THE BEAST
(Minimum rest between sets. Once comfortable, lower the reps and raise the weight.)