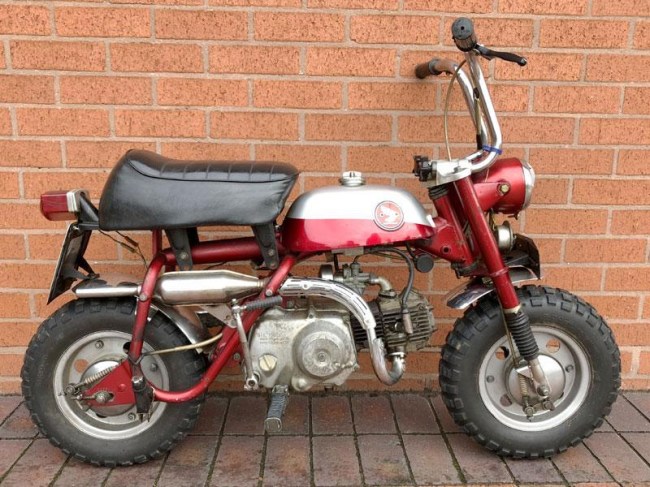 People will spend insane money on pieces of history like game-worn Nikes, original mugshots and scribblings on cocktail napkins.

The latest piece of history up on the auction block went for just as much as those items but at least the winner drove the prize home. Maybe.

An unrestored 1969 Honda Z50A belonging to John Lennon was auctioned off in the UK and fetched a handsome $77,815. The bike was expected to sell for under $55K.

The Honda Z50A was the second generation of Honda’s Z50 Series of mini bikes. Though its predecessor, the Z50M, was available in Europe and Japan a few years previously. Although this bike was built and bought by Lennon in the UK, the Z50A-KO “Hard Tail” was the first of the Z50 series to be released to the American market back in 1968.

Here are the details of the bike from H and H auctions — the bike was “used and enjoyed” by John Lennon around his Tittenhurst Park estate. It moved to NYC when Lennon did in 1971. The bike stayed in the possession of John’s son, Julian, until it was sold and the bike sale included an extensive history file including green log book, old MOTs and a Honda dating letter.

The bike is still in running order and largely untouched.