Einstein’s Theory Of Happiness Sold For $1.5 Million At Auction 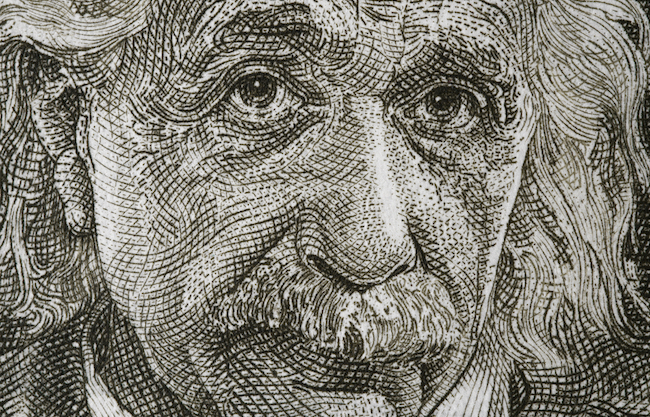 In 1919, Albert Einstein pulled one of the cockiest moves of all time when he promised to give any Nobel Prize money he might happen to win in the future to his ex-wife, who took custody of their two sons after they divorced. It took him a bit, but he finally took home the prize medal in 1922.

Einstein was on a worldwide book tour when he learned he been awarded the honor after being nominated for eight of the past ten years. He was sent a message at his hotel, and when he went to tip the bellboy who delivered it, he discovered he didn’t have any money on him.

He opted instead to share his theory of happiness with the messenger, which he managed to sum up in a single sentence:

“A calm and modest life brings more happiness than the pursuit of success combined with constant restlessness.”

Just for good measure, he added a second note that read a slightly less philosophical “Where there’s a will, there’s a way.” In another power move, he told the bellboy that the two pieces of paper might one day be worth more money than any tip he could give— a prophecy that came true when the notes sold for $1.56 million and $250,000 respectively at a recent auction

According to the New York Times, the papers were expected to fetch far, far less than they ultimately sold for:

After authenticating the documents, he said, the auction house predicted the notes would fetch $5,000 to $8,000. Bidding began at $2,000, but quickly exploded into six figures. The room erupted into applause, Mr. Chadad said.

“It was an all-time record for an auction of a document in Israel, and it was just wow, wow, wow,” he added. “I think the value can be explained by the fact that the story behind the tip is so uplifting and inspiring, and because Einstein continues to be a global rock star long after his death.”

The messages were written in German, and I like to think the bellhop traveled across the country in a state of constant restlessness in pursuit of successfully finding someone who could translate the advice for him. There’s nothing I love more than sweet, sweet irony.