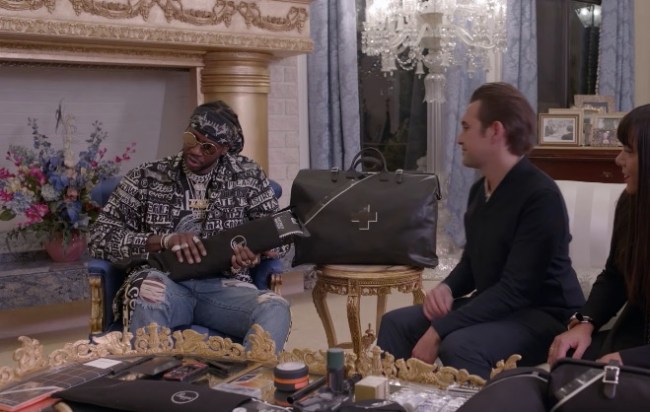 Rapper 2 Chainz legitimately has one of the best lives of anyone on planet earth. He’s independently wealthy from his ludicrously successful career as a Rap artist, but he also gets paid by Viceland to go around and test out the most expensive products on planet earth.

It doesn’t make a whole lot of sense that celebrities and wealthy people get everything in life for free when average folk are the ones who could really use free products, but then again your average individual doesn’t have the societal influence of someone like 2 Chainz.

In previous episodes, 2 Chainz has tested out ridiculously opulent products like a $90K ugly Christmas sweater, a $350K gun, and $500K on weed/dabs/bongs. For this episode, 2 Chainz is testing out an emergency survival kit form Preppi that costs $10K and is built for the Hollywood elite. In fact, you can’t even find this $10K survival kit on the Preppi website where the most expensive one they have listed only costs five grand:

Ten grand for a survival kit with solid gold and organic food. That’s a far cry from the survival kit I have which pretty much only comes into use if (and when) I get lost in the woods.