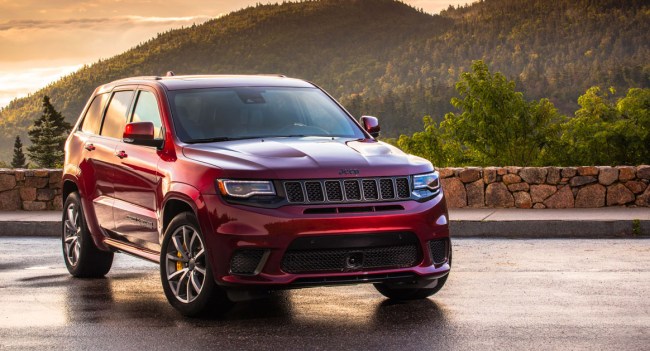 That thing about first impressions being the most lasting can be a little tricky.

On one hand, it’s hard to fight that glowing sense of satisfaction you get when you first experience something you’ve been eagerly anticipating, and it winds up exceeding your expectations. On the other hand, there’s often this lingering concern that your excitement over it all might have been skewed by the fact that you spent so much time building the thing up.

However, after having a chance to get a second and third run at the 2018 Jeep Grand Cherokee Trackhawk, I’m convinced that there are definitely a few things in life that only get better the more times you experience them.

In short, wheeling a 707-horsepower SUV with a top speed of 180 mph is the kind of thing that tends to never gets old – especially when it comes packaged in a vehicle bearing the legendary Jeep nameplate.

Powered by a monstrous 6.2-liter supercharged V-8, you’re inclined to think that the most thrilling elements of the Grand Cherokee Trackhawk are confined to the track or some super long straightaway, far removed from civilization. Now, don’t get us wrong: There’s certainly something insanely addictive about cornering a 707-horsepower Jeep on a racetrack, which I learned during my very first test drive of the SUV at New Hampshire’s Club Motorsports back in August. Not to mention the sensation that comes with activating the Trackhawk’s launch control system and feeling that massive 645 lb.-ft. of torque racing through your chest. 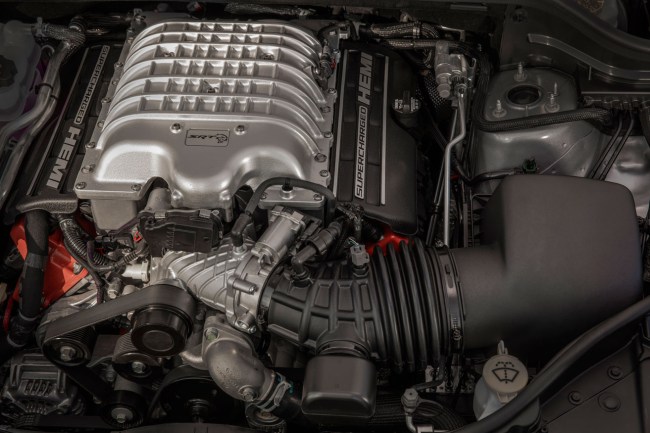 Still, there’s also something very alluring about the high-performance Grand Cherokee as a more everyday driver, knowing that it can easily double as a luxury SUV as well as weekend track monster. After all, if you’re going to dish out $86,000 or more for a Jeep, the more experiences the better, right?

Yep, and that’s the thing that you come to appreciate more about the Grand Cherokee Trackhawk the more time you get to spend with the Jeep. Far from some one-trick pony, the 707-horsepower SUV’s appeal is just as addictive on everyday roads as it is on the racetrack, which is what makes it so alluring the second and third time around.

That idea really shines through clear after having a chance to spend time with the Grand Cherokee Trackhawk on the roads of Southern California, and in the thick of a March winter storm in the flatlands of Northern Ohio. It’s there, in those more normal situations, that one gets a better appreciation for some of the Trackhawk’s other cool features like the Harmon Kardon audio system, or the SUV’s selectable “Snow” mode, which enhances the Jeep’s performance capabilities when away from the track.

The Grand Cherokee Trackhawk also woos you with a number of other creature comforts like a heated steering wheel, a 7-inch driver information display and an available dual-screen, rear entertainment center with Blu-ray. The high-performance SUV packs a pretty menacing punch when it comes to hauling as well, with a hefty 7,200 pounds of towing capability.

Sure, chances are if you’re buying a vehicle like a Trackhawk, towing is probably the last thing on your mind. But it’s great to know that the Jeep hasn’t abandoned its roots as a truck in the push to be one of the quickest SUVs on the planet.

And yet, it’s still that adrenaline rush you get, whenever there’s an opportunity to really hammer down on the Grand Cherokee Trackhawk, that leaves you eagerly anticipating your next run in the vehicle. 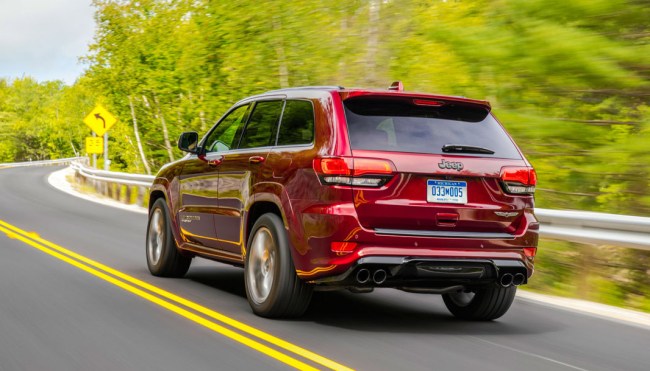 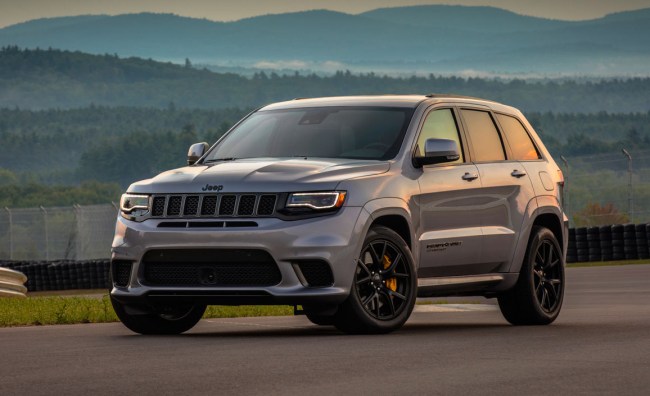 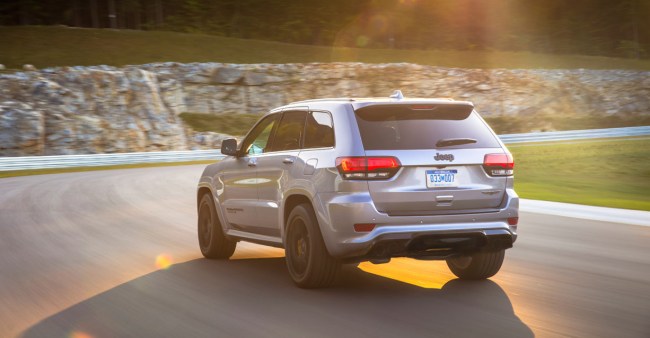