5 Reasons Why Playing FIFA is Good for You

#Video games
BroBible may earn a commission if you buy a product or service via links in this article.
by Scott GarfinkleAugust 6, 2013
Facebook Twitter Reddit Flipboard 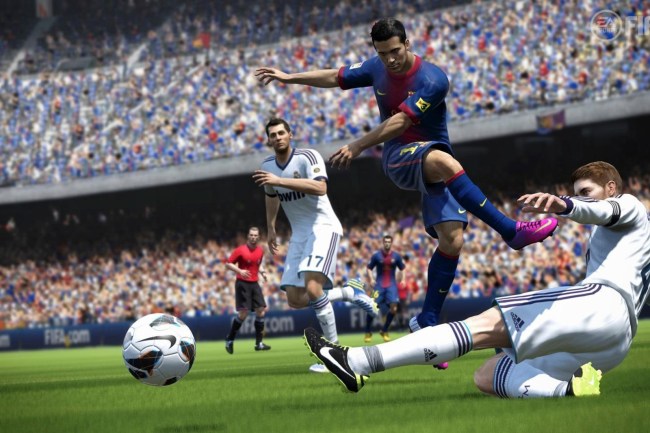 From casual pick-up games with friends, to competitive tournaments with cash prizes, FIFA is worldwide in its reach, and is enjoyed by millions. But little do people know, this game can actually benefit your entire well-being.

This is true for any video game that requires anticipation and the reflexes of that cat that never goes away no matter how many beer cans you throw at it.  Science and smart guys in lab coats say that playing video games (especially if you’re young) helps develop better eye-hand coordination. Obviously this is a good thing no matter who you are or what you do. Good eye-hand coordination is not just helpful in functioning as a human being, but is helpful in multiple facets of life (aside from just picking your nose.) This can help you be good at real sports someday too…

Comin’ back from a stressful day of class (if there is such a thing)? Boss ridin’ you at work? Girlfriend sucks? All of that shit just melts away after sitting down and dominating with your favorite club as thousands of virtual fans cheer for how awesome you are.  Much like going to the gym or playing a real sport, playing FIFA 2-3 times a days can significantly reduce stress levels and significantly increase awesomeness levels.

3. Gives an Understanding of the World’s Most Popular Sport

If you’ve ever been involved in a discussion about soccer and quickly realize that you’d be more useful in a conversation about the ongoing debate between smooth and chunky peanut butter, you’re not alone.  Playing FIFA will at the very least give you a basic understanding of soccer, if not to provide a way for you to bullshit your way through until someone’s merciful enough to change the subject. Now you can flaunt your knowledge of soccer (even with the international kids) and show all the haters that people should love you even more than they already do.

There’s no better way to see someone’s true colors than by playing them in a game of FIFA. The club they play with, the formation they choose, and the coaching style they use all speak volumes as to what kind of person they are. Like if they always insist on playing with the best team in the game no matter what team you play with, that guy is just a douche (easy to figure out).

But other than him, stepping into the world of virtual FIFA will expand your social and business network ten-fold. Who knows? Maybe the guy you just gave a spanking to might respect you enough to introduce you to his father who owns (insert successful company here)…maybe.

Everyone has that one foreign friend who’s way too good at FIFA. He knows all of the players and their stats without even looking at them and the score usually ends up in the 5-0 range. But look at it from a different angle. Not only are you getting that desperately needed ego check, but you’re also gaining a global perspective and learning about different countries while being put in your place. How else are you going to learn to swear in Lithuanian than by playing Vladimir from the room down the hall? Never, that’s how.