Atari Releases First New Gaming Sole In 20 Years, It’s Cryptocurrency-Compatible – But Will Anyone Buy It? 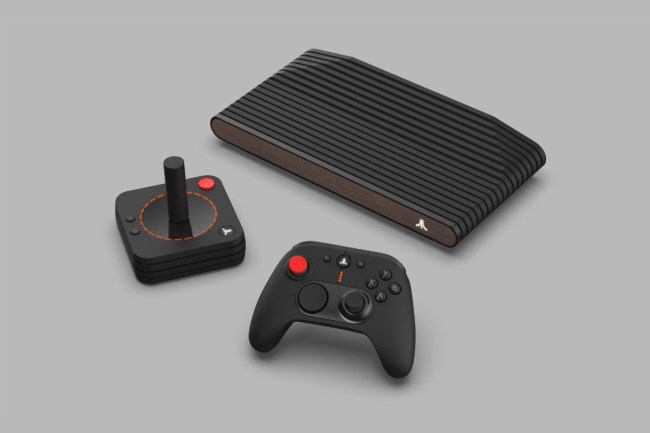 Who doesn’t love old school games? But even the most ardent old school gaming fan may have trouble pulling the trigger on Atari’s brand new gaming console.

The original Atari debuted in 1977, but this new model ain’t like the original. The Atari VCS is the first new gaming console in more than 20 years and it has some pretty impressive hardware. The Atari VCS boasts an AMD Ryzen CPU, AMD Radeon GPU, and 8GB of RAM (expandable, too) that allows immersive 4K graphics. We’ve never seen Missile Command like this.

The Atari VCS also comes equipped with a USB 3.0, HDMI, and Ethernet port, for wired connections, as well as WiFi and Bluetooth for wireless connectivity.

The Atari VCS offers a dedicated PC Mode where you can install a secondary operating system such as Windows on a bootable external USB. The Atari VCS uses a Linux OS and comes pre-installed with “tons of classic Atari retro games” as well as “current titles from a range of studios.” The console will come with 100 classic Atari games, including Pong, Asteroids, and Centipede.

Retweet if your holiday season ever looked like this ✨ pic.twitter.com/OhblSIVhe0

The new console comes with an Atari Modern Controller, which offers nostalgic Atari Classic Joystick in supplying a modern Xbox controller-shaped pad to game with.

This isn’t your grandpa’s Atari gaming console, it comes with a cryptocurrency system. The VCS will offer “Atari Tokens” for purchasing games and in-game content.

The Indiegogo-backed Atari VCS comes out at a time when the next generation of Sony’s PlayStation and Microsoft’s Xbox gaming consoles are being released. The Atari VCS has a hefty price tag of $390, which is nearly the price of a $399 PS5 Digital Edition and more expensive than a $299 Xbox Series S.

The Atari VCS will be available in Black Walnut, Onyx Black, and Carbon Gold.