This Neck-Snappingly Fast 1,200-HP Audi RS3 Created By Schaeffler Is A Technological Masterpiece 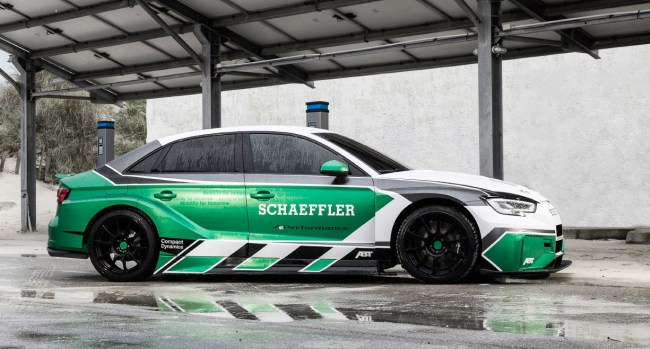 We’ve checked out a number of amazing supercars over the past several months. And we’ve also taken a peek at some electric cars that go ridiculously fast (as in 250 mph fast). Yes, it’s a great time to be a lover of fast cars these days.

So today let me introduce you to yet another techonological marvel in the ever-growing field of electric supercars. Meet the 1,200 hp Schaeffler 4ePerformance Audi RS3.

As you can see in the video, this monster of a supercar almost requires the driver to wear a HANS device just from the whiplash one receives mashing the gas pedal at the starting line.

That’s because this fully-electric vehicle is powered by four Formula E motors with a total power output of 880 kW (1,200 PS) that come from the ABT Schaeffler FE01 Formula E racing car. 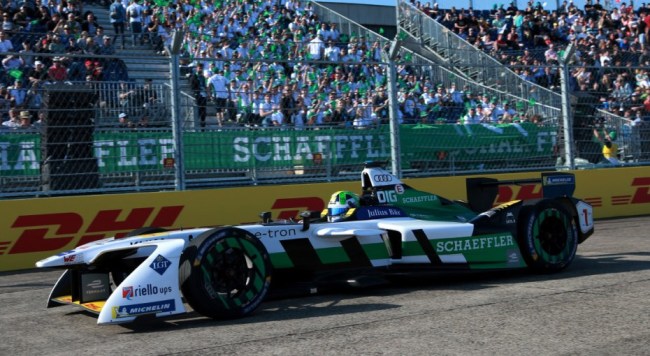 It will go from 0 to 124 mph (200 km/h) in less than 7 seconds (about the same as a Ferrari Pista) as each individual motor (overall power output: 880 kW or 1,200 metric hp) is directly connected to a wheel by means of a spur gear unit, while two motors share one gearbox housing and form an electric twin axle.

Now all we need is for someone to actually put it into production so we can buy one. (Right…) 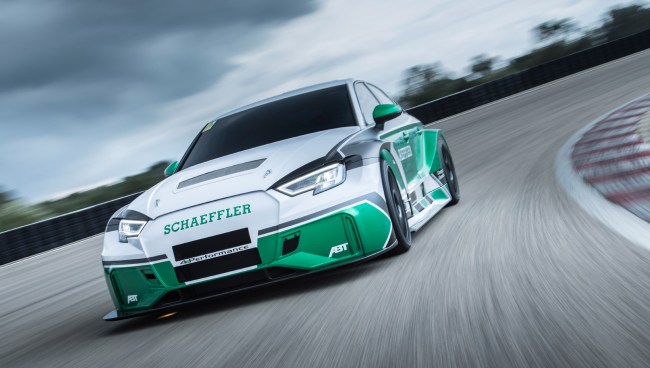 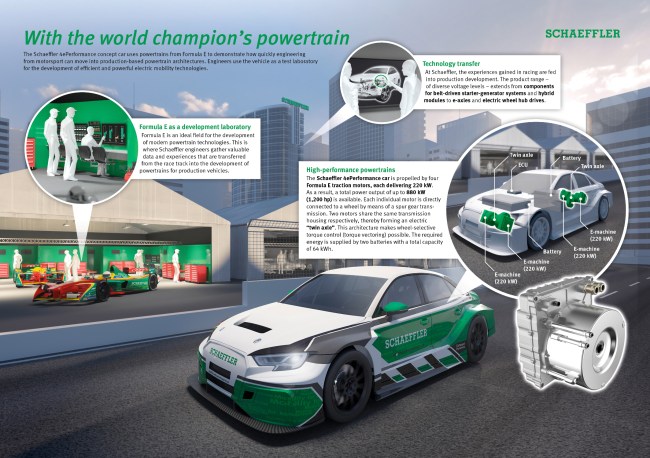 Yeah, they do know a thing or two about fast cars, these Schaeffler Technologies people. 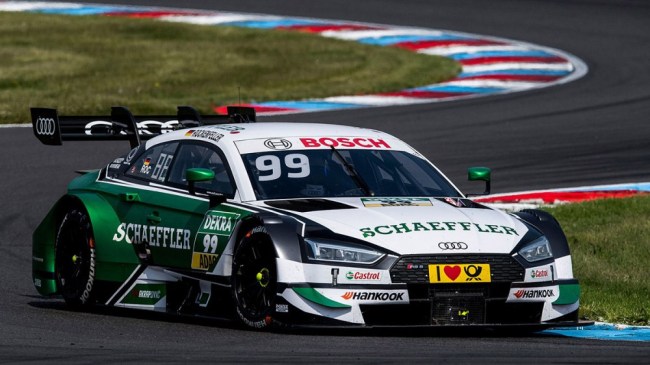 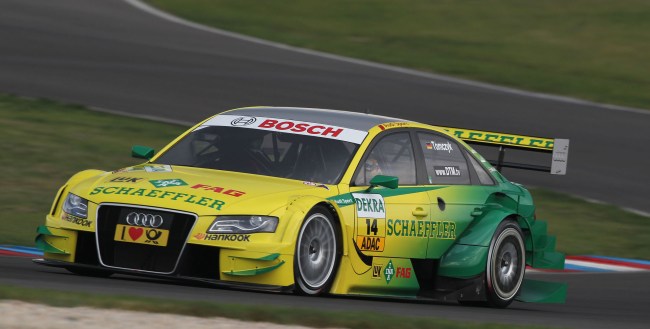 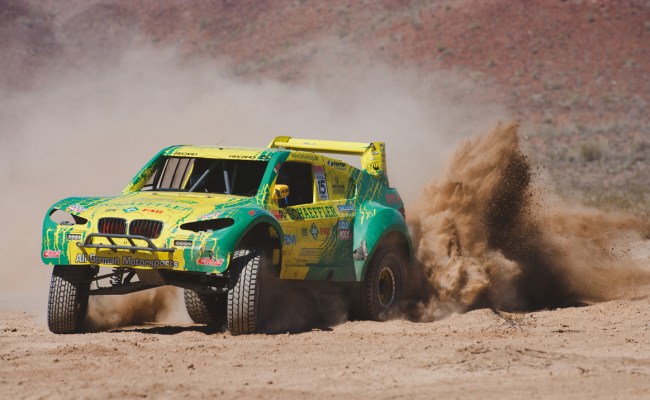