#holiday gift guide
BroBible may earn a commission if you buy a product or service via links in this article.
by Cass AndersonApril 20, 2019 5:21 pm 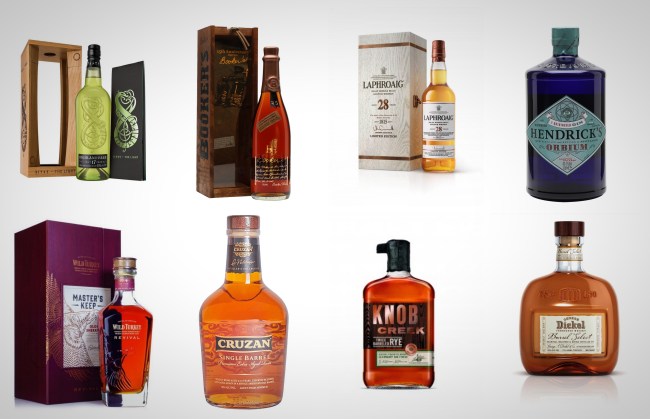 The end of the year is upon us and that means it’s time to reflect back on the past twelve months. This is the time of year when I remember all of the delicious whisky, bourbon, scotch, rum, gin, tequila, and mezcal that I drank. This was a particularly great year for my home bar as I took extra care in seeking out specific whiskeys to drink in an effort to really class up the place.

There are PLENTY of great bottles out there that didn’t make this list. And I drank plenty of spirits in 2018 that aren’t listed below. Yes, I drink a lot. Let’s not dwell on that. But these 14 bottles are special spirits and ones I wanted to share with everyone because I think they’re 100% worth your time and money. My colleague Paul put together a list of ‘21 Great Alcohol Gift Ideas‘ so 100% BE SURE to check that out as well as it’s longer and more in-depth than this one. 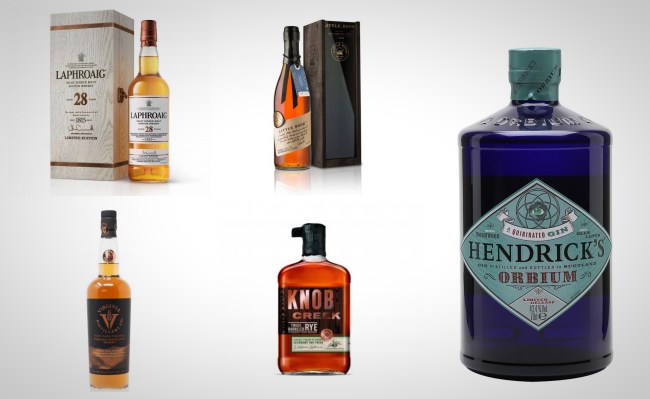 In this grid, we check out a 28-year-old Single Malt offering from Laphroaig that changed my life a few weeks ago when I was able to sample it. This expression carries a depth unlike anything I could’ve ever imagined with notes of licorice, dried fruit, honey, and spice. The ‘Noe Simple Task’ is the second annual Little Book release that’s blended from 8-year-old Canadian rye and 40-year-old uncut Canadian whisky.

The Cider Cask Finished Virginia-Highland Whisky from Virginia Distillery Co. was just named the 13th best in the world and their Port Cask Finished Virginia-Highland Whisky is one of the smoothest spirits I’ve had in as long as I can remember. The Knob Creek Twice Barreled Rye is perfect for mixing Manhattans while the Hendrick’s Orbium Gin is ideal for mixing up Negronis, two of my favorite cocktails. 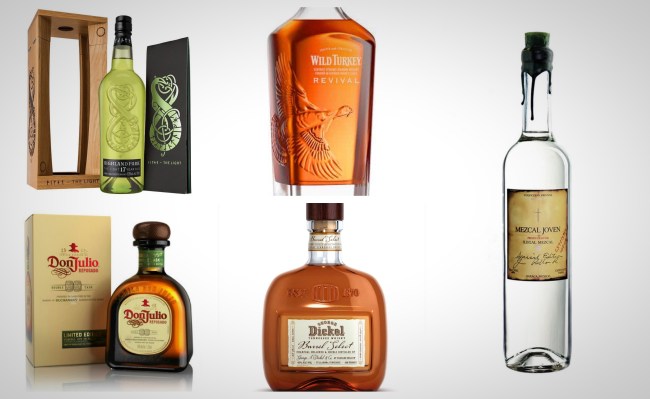 I’d sampled The Dark before I was able to taste The Light from Highland Park and had already fallen in love with this distillery by the time this delicious whiskey came into my life with notes of caramel, nutmeg, oak, cedar, and light smoke. The Wild Turkey Master’s Keep Revival could very well be the best thing I drank in 2018. I drank A LOT of good whiskeys but, man, this one was truly special.

The Double Cask Don Julio Reposado is aged in whiskey barrels to add some unique flavor. I picked up a bottle of the George Dickel Barrel Select on a whim during a road trip through Tennessee and this instantly became a personal favorite of mine. The Ilegal Mezcal was gifted to me by a friend who I helped plan out a trip and it blew me away. I had no idea that Mezcal could be this delicious. 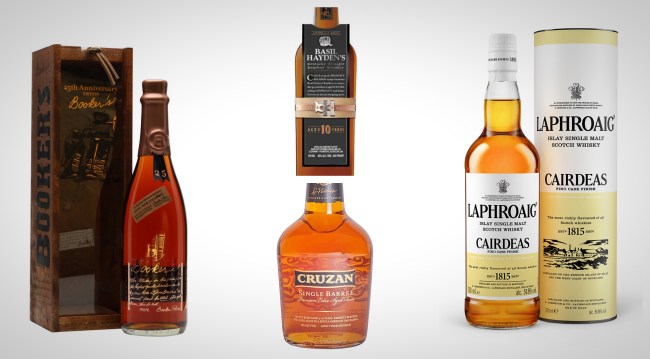 The Booker’s 30th Anniversary Bourbon is a late-in-the-year release that will soon be talked about by everyone. This high-rye recipe is aged in American Oak and carries heavy notes of oak, char, and vanilla while remaining extremely balanced. Basil Hayden’s has been my personal favorite bourbon for years. It’s hard to improve on something that’s already perfect but they’ve done exactly that with the 10-year.

The Cruzan Single Barrel Rum is perfect for mixing up rum-based cocktails like the Painkiller #2, one of my all-time favorite drinks. And the Laphroaig Cairdeas Fino is a 2018 release which carries notes of toasted almonds, sea salt, dried fruit, and peat.

Want to check out some more spirits coverage? Check this out:

READ NEXT: Here Are The 20 Best Whiskies Of 2018, According To Whisky Advocate