11 Of The Best Vintage Supercars For Sale Online This Week 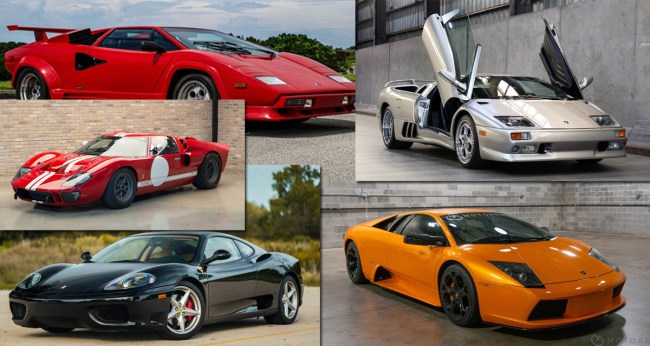 This might come as a bit of surprise to many of you, but there are a ton of uh-mazing vintage cars, trucks, and SUVs for sale right now on sites like eBay.

As fun as it is to scroll through and look at the pictures and read the descriptions, it can be a bit time-consuming. So, to save you some effort and weed out some of the less exciting listings, we’ve gone through and picked out the 11 best vintage supercars for sale online this week.

While the asking prices are often listed below for each supercar, many of these listings are also taking offers so if you’re interested, but think the price is a tad too high, go ahead and give submitting a bid a shot. 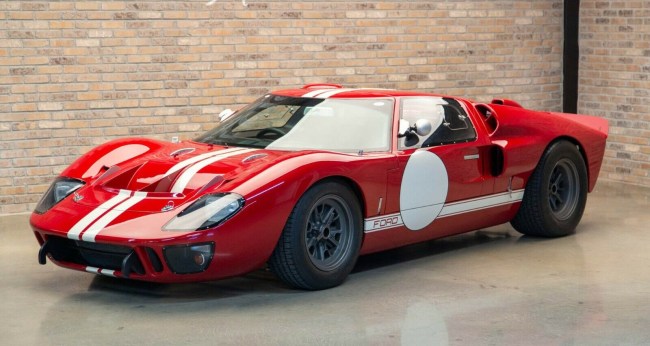 Mileage: 100,000
Transmission: 1966 Kar Kraft T44 4-Speed Manual Transaxle
Engine: 427ci side oiler V-8
Notes: Here is your opportunity to own the “star of the sounds” in the 2019 James Mangold film Ford vs. Ferrari. Superformance no. 2134 was used as the sound engineering car for all the GT40 audio in the legendary film. No. 2134 is listed in the Cobra and GT40 World Registry. 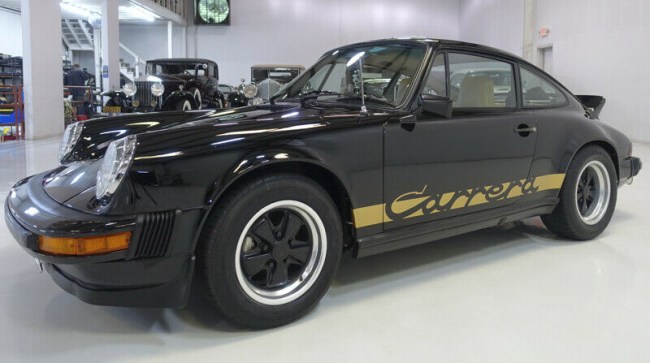 Mileage: 62,261
Transmission: 5-Speed Manual
Engine: 2.7L 175 hp
Notes: One of only 528 built for the U.S. The incredible 1974 Porsche 911 Carrera Sunroof Coupe featured here is finished in rare and desirable all black with a Cinnamon leatherette interior. This stunning Carrera is fitted with nearly every available option including a factory electric sunroof, air conditioning, power windows and more. A full engine out service was completed recently by a marque specialist and over $34,000 in receipts document the work performed. Additional documentation includes an owner’s manual, Porsche Certificate of Authenticity, service records, tools and more.

Mileage: 28,956
Transmission: Manual
Engine: 6-cyl.
Notes: This car starts, runs, and drives excellent. The interior is immaculate and has no unusual smells or odors, car is a non smoker. Car has religiously been cared for and stored in climate controlled garages in its entirety. 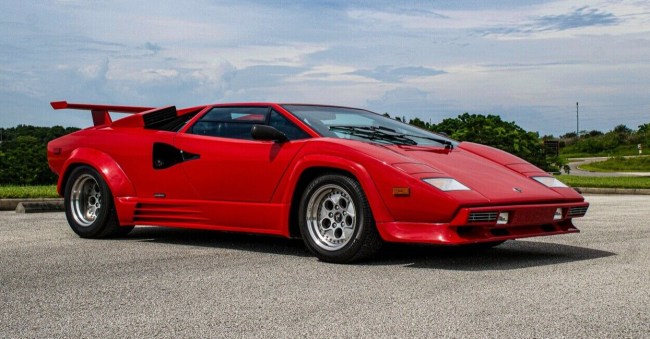 Mileage: 19,600
Transmission: Manual
Engine: 5.2L quad-cam V12
Notes: This 1988 Lamborghini Countach is one of 610 QV models produced and spent its first 25 years in Florida and Georgia before later returning to Florida, where it was acquired by us, the seller, from The Barn Miami in 2016. Finished in red over a black leather interior, the car now shows 31,500k kilometers (~19,600k miles) and is powered by a 5.2L quad-cam V12 paired with a five-speed manual transmission. Service in 2015 and 2017 totaled over $28k and included rebuilding the clutch, converting the air conditioning to R134 refrigerant, and adjusting the injection system. 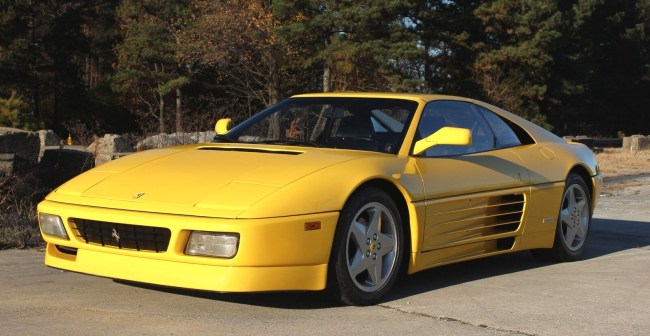 Mileage: 30,407
Transmission: Manual
Engine: 3.4L V8 DOHC 16V
Notes: This is a TS version with the Targa roof painted to match the car, which gives it the Berlinetta look and the enjoyment of a Targa. Just over 4200 were produced globally and very few in Giallo came to America. 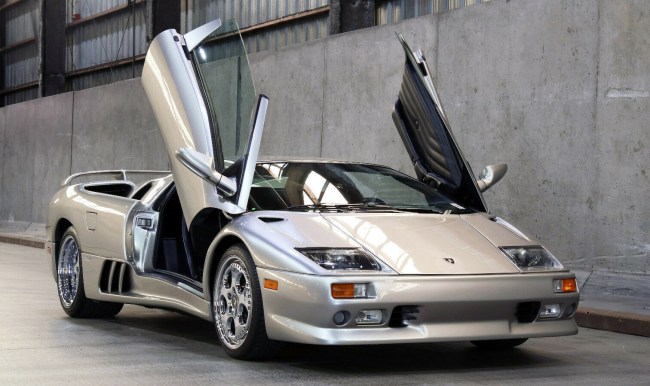 Mileage: 18,540
Transmission: Manual
Engine: V12 Quad Cam
Notes: This 1999 Lamborghini Diablo VT Roadster is one of the most amazing cars I have ever owned. Bought it from a private collection. The titanium metallic color is absolutely stunning. The 5.7-liter DOHC V12 sends power to all four wheels through a gated 5-speed manual transmission, and modifications include an Al Burtoni exhaust system and a MOMO shift knob. New front shocks were installed in 2017, while more recent maintenance consisted of new belts, front brake air duct hoses, a brake fluid flush, an oil change, and a fresh battery. 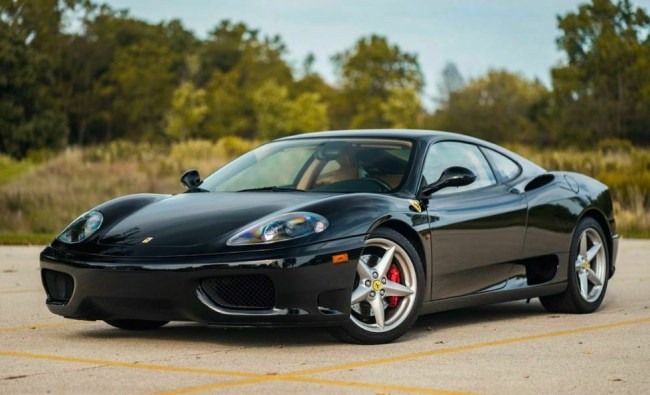 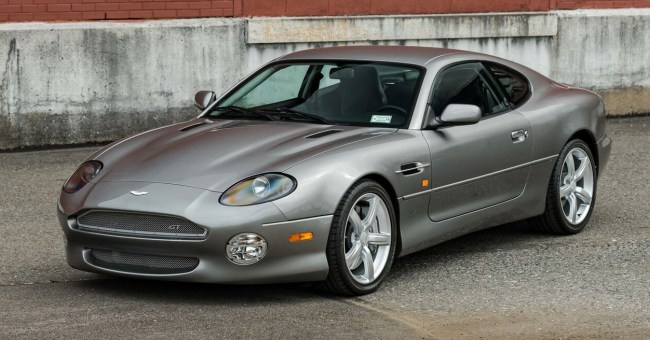 Mileage: 10,700
Transmission: Manual
Engine: 5.9L MPI DOHC 48-VALVE V12
Notes: This exceedingly rare example is one of the few modern collectibles that has remained relatively “under the radar” and has yet to receive the attention from the collector car market that it truly deserves. The opportunity to acquire a rare Aston Martin in V12, 3-pedal format for under $100,000 is one not to be missed. 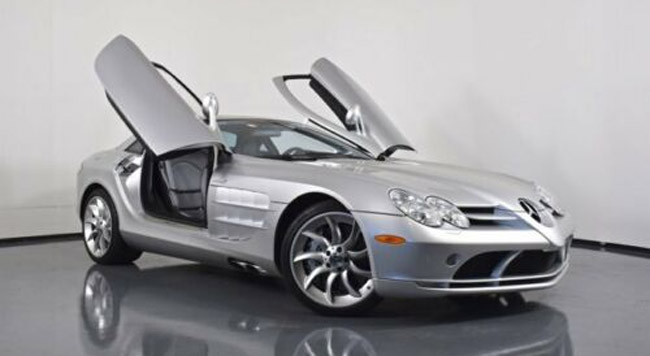 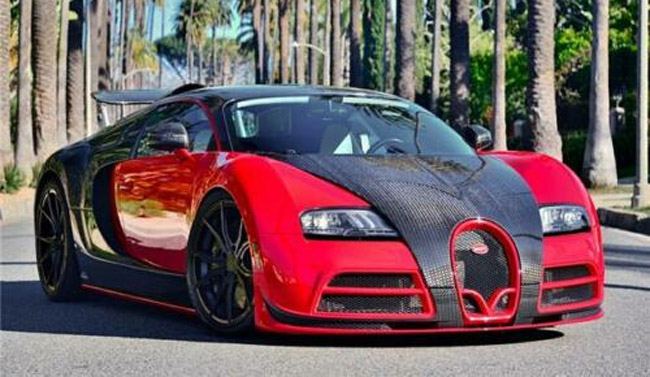