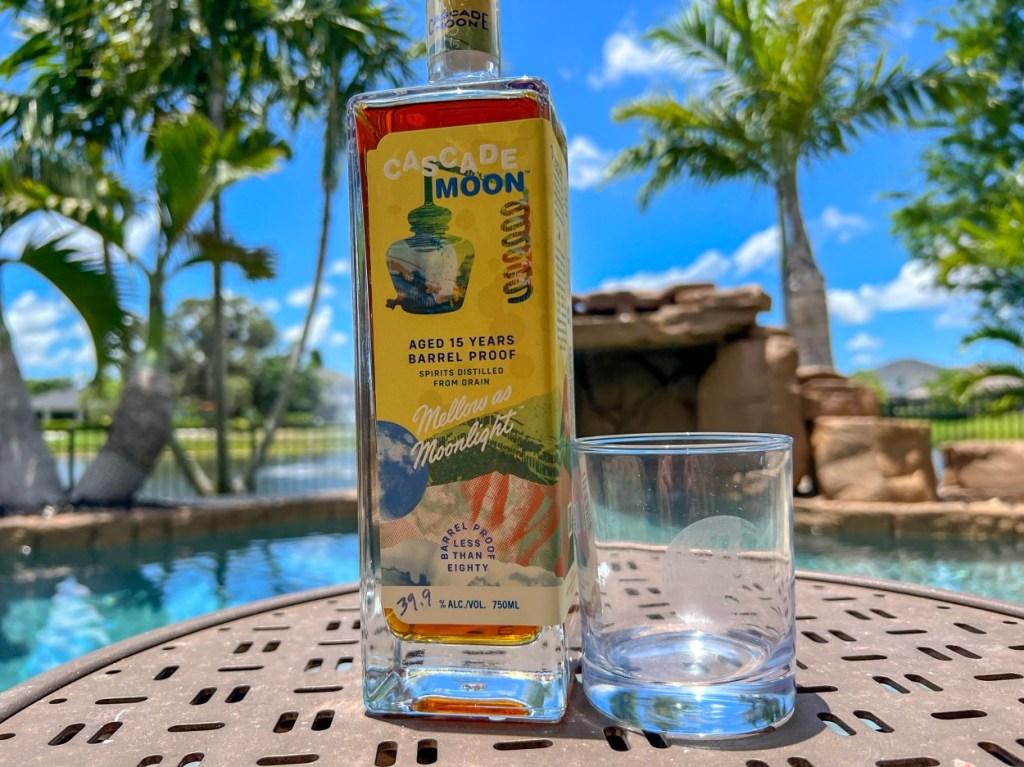 Cascade Hollow Distilling Co. and Nicole Austin are on my short list of master distillers and distilleries that I trust to take some innovative swings and produce a world-class spirit. They’ve just released their fourth Cascade Moon expression since the line’s launch in 2020 and this one has piqued a lot of interest overnight.

Depending on the type of American whiskey being distilled and aged, there are specific requirements from the Alcohol and Tobacco Tax and Trade Bureau (TTB) that must be met. The various sets of requirements must be fulfilled in order to slap ‘Bourbon‘ or ‘Rye’ or ‘Kentucky Straight’ or ‘Bottled in Bond‘ on the label.

Three requirements pertaining to the spirit’s alcohol content are: (1) must be distilled to no higher than 160 proof off the still, (2) must enter the oak container at no higher than 125 proof, and (3) must be bottled at minimum 80 proof.

Cascade Moon 15-Year-Old Barrel Proof isn’t technically a Bourbon because when this 15-year liquid went into the barrels at 115-proof (which is fine) but came out 79.8-proof, below the legal threshold required to be called an American whiskey.

Of course, those legal thresholds of proof have nothing to do whatsoever with flavor. In fact, I’ve spoken with some of the most famous bourbon distillers in Kentucky and they’ll almost always tell you the same thing ‘lower proof = more flavor’. 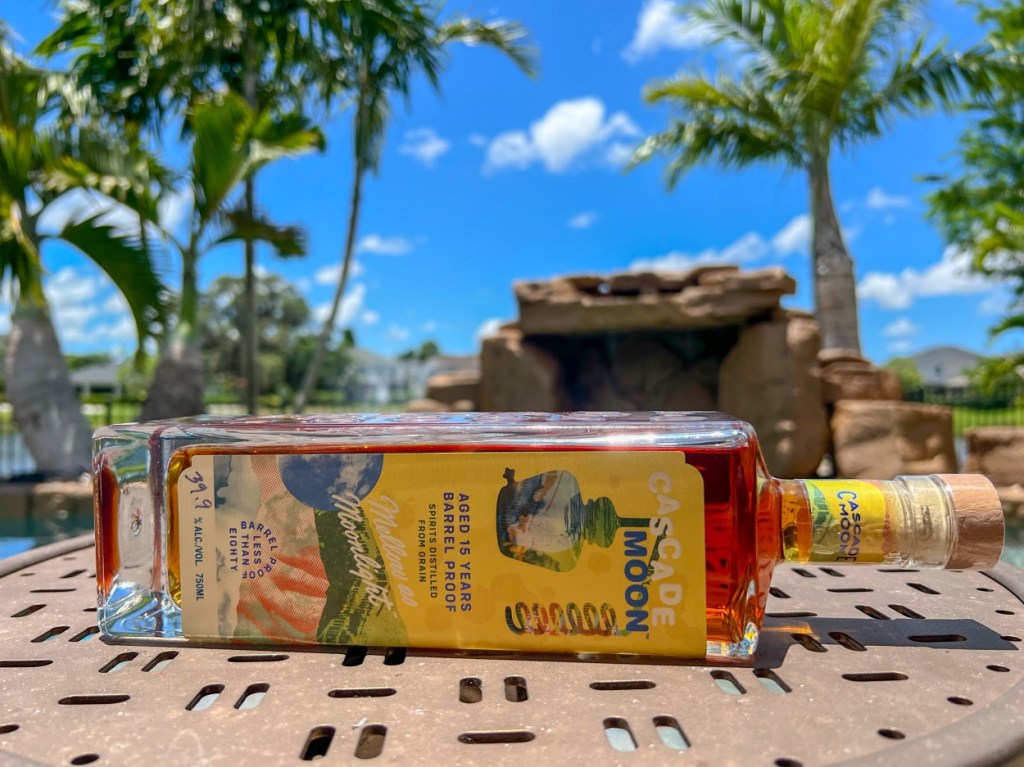 The official name of this release is ‘Cascade Moon 15-Year-Old Barrel Proof’ which is intriguing because it’s challenging most people’s perceptions of ‘barrel proof’. Typically, when I see ‘barrel proof’ on a label I know there’s about a 33% chance I’m about to pour a little water in the bourbon to dilute it and unlock the flavor or add a large ice cube.

Often times when an American whiskey has a lower ABV/proof it is branded by whiskey insiders as something that’s ‘approachable’ for people just getting into drinking whiskey and aren’t quite sure what they want yet. Personally, I hate that.

I’ve drank everything across the ABV spectrum from a Kings County ‘Hazmat release’ that was over 150-proof to this Cascade Moon that’s under 80 and I find that my personal sweet spot for proof is on the lower end of the spectrum from the wider whiskey world but that 150+ proof release was one of my favorites from 2021.

It’s really all about the flavor and complexity and Cascade Moon 15-Year-Old Barrel Proof is rich with both. Once in your glass, you will find “an aromatic and tropical nose, with a finish of leather and oak” and at under 80-proof you can easily sip it neat, on the rocks, or however you prefer to enjoy yours. 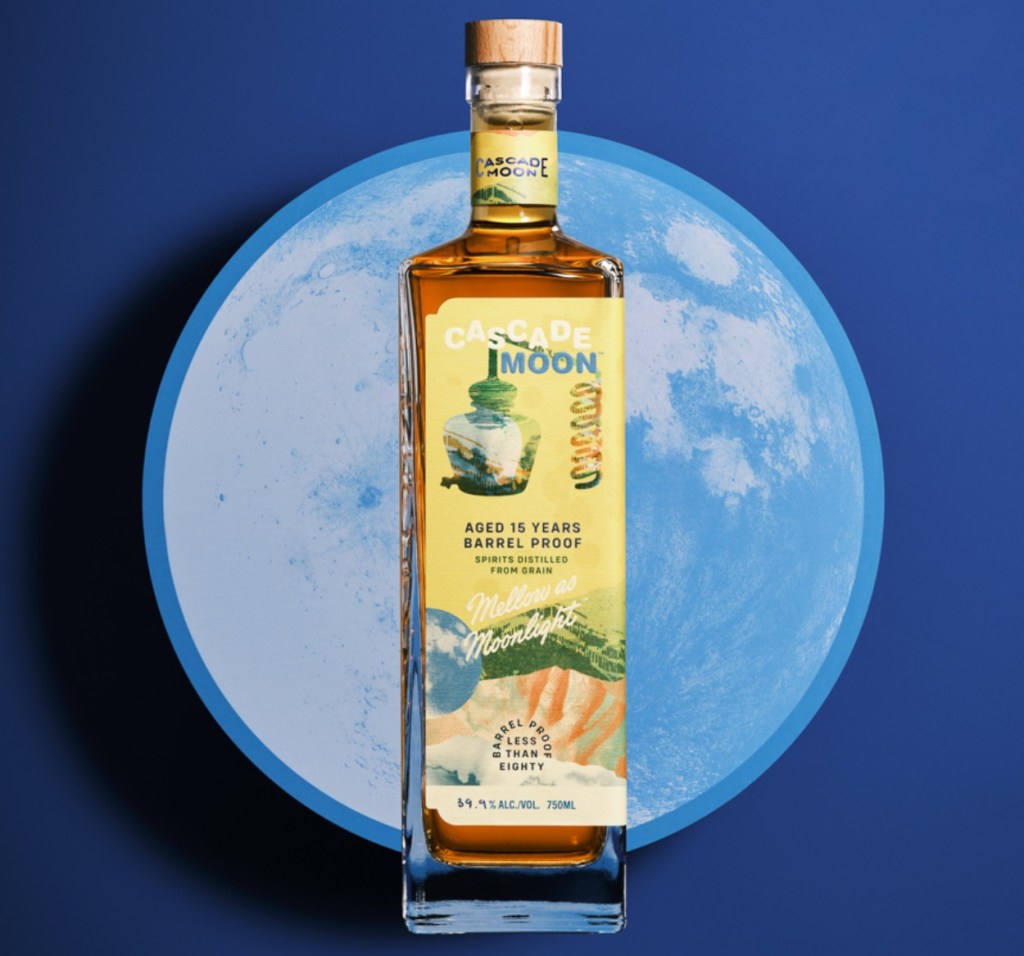 Finding this Cascade Moon 15-Year-Old Barrel Proof release might prove to be a challenge for some but the juice is worth the squeeze. It will retail for $124.99 and can be found on shelves in Tennessee, Texas and California.

And the Cascade Moon 13-Year-Old Rye was preceded by Cascade Moon’s Edition No. 2 which celebrated 150 years of Dickel and honestly, hand on my heart, that was one of my top 5 favorite whiskies of the past ten years.

I’m saying all of this to illustrate that there’s some major well-deserved hype behind the Cascade Moon 15-Year-Old Barrel Proof and it’s not just something you’ll be able to stumble upon in the store. You will need to get out there and search for it!