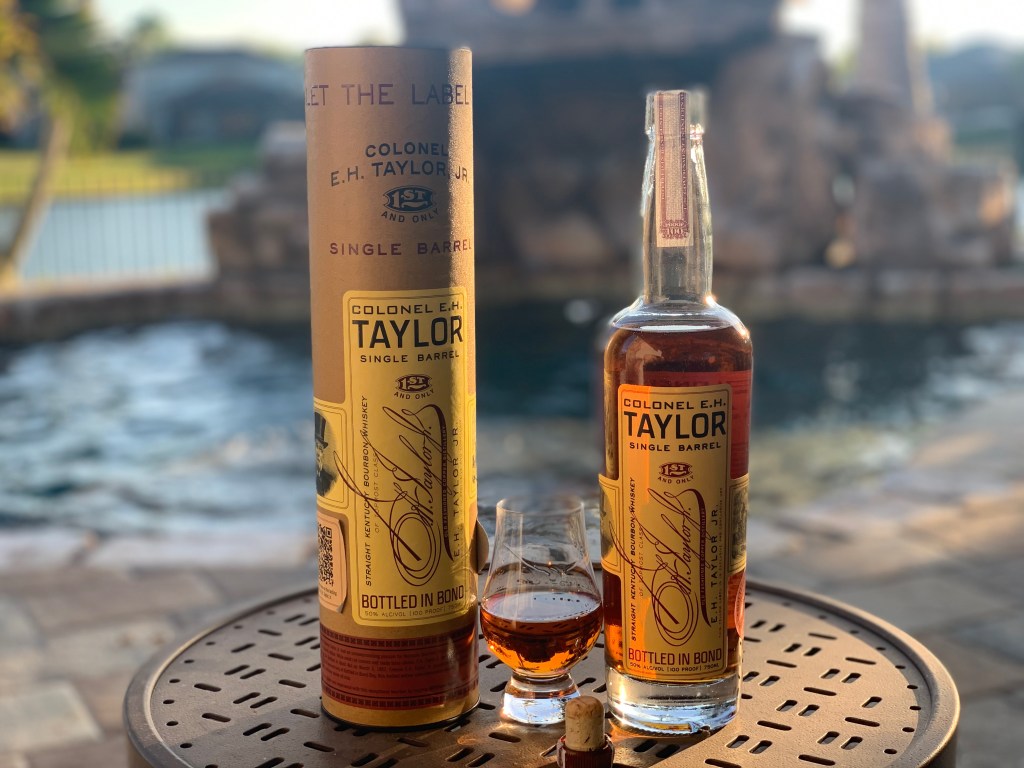 Happy 124th Bottled in Bond Day, to all who celebrate! For anyone out there who isn’t familiar with the Bottled-in-Bond Act of 1897, you should think about it as probably the single most important legislation and change the bourbon industry has ever seen.

To commemorate the 124th Bottled in Bond Day, E. H. Taylor, Jr. is releasing a “Bottled in Bond Day” commemorative edition E. H. Taylor, Jr. Single Barrel that will only be available to the public through an auction with Country Music superstar Chris Stapleton’s Outlaw State of Kind charity. It’s impossible to overstate how rare and exquisite this release is and it’s really cool that the distillery and Chris Stapleton are giving everyone a chance to secure one of these incredibly rare bottles. The proceeds from the auction are going to support winter storm disaster relief in Texas.

Before we gt into how you can acquire one of the 124th Bottled in Bond Day commemorative edition E. H. Taylor, Jr. Single Barrel bottles autographed by Chris Stapleton, let’s first take a look at what exactly Bottled in Bond means for anyone out there who isn’t familiar. 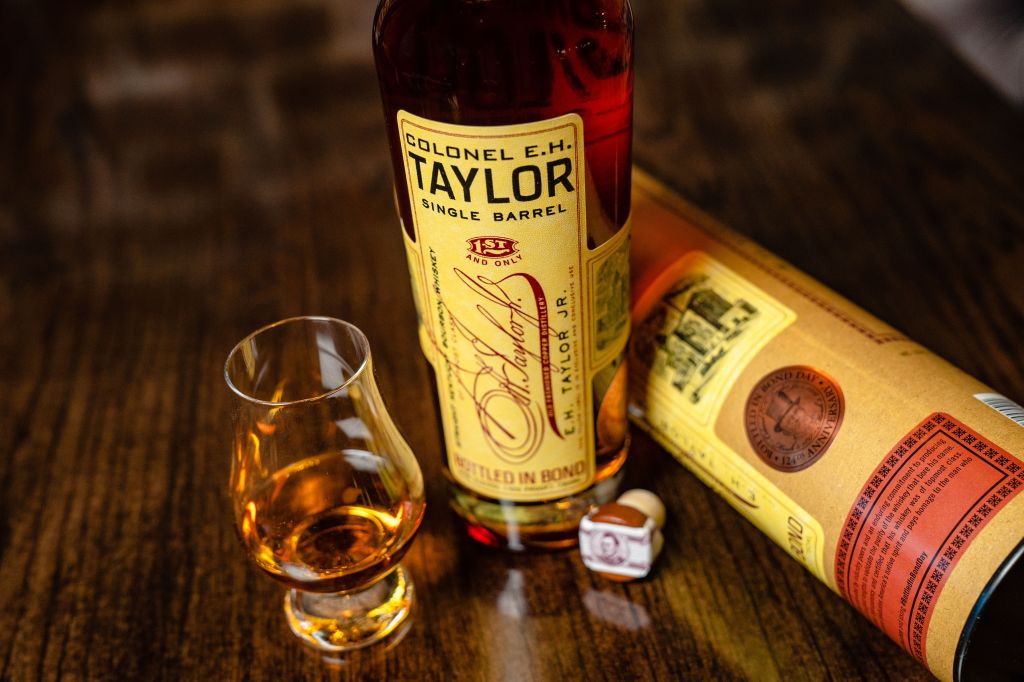 Essentially, the Bottled-in-Bond Act of 1897 created a set of legal regulations that must be followed in order for a whiskey to be labeled as ‘Bottled in Bond’ and it was done to rid American whiskey of anything and everything that shouldn’t be in whiskey. In the Wild West, saloon operators were filling half-empty whiskey bottles with god knows what. Everything from tainted water flavored with tobacco and iodine to potentially harmful poisons.

Now that we’ve run through that quick history lesson, let’s talk about this incredible E. H. Taylor, Jr. Single Barrel 124th Bottled in Bond Day commemorative edition release. I was fortunate enough to receive a bottle that was gifted to me by the Buffalo Trace distillery. I’ve heard for years that their BiB Single Barrel is the best in the business but this was my first time sipping E. H. Taylor, Jr. Single Barrel. Like anything that comes with a lot of hype, I went into it with a skeptical eye and I almost wanted it to not live up to the hype. 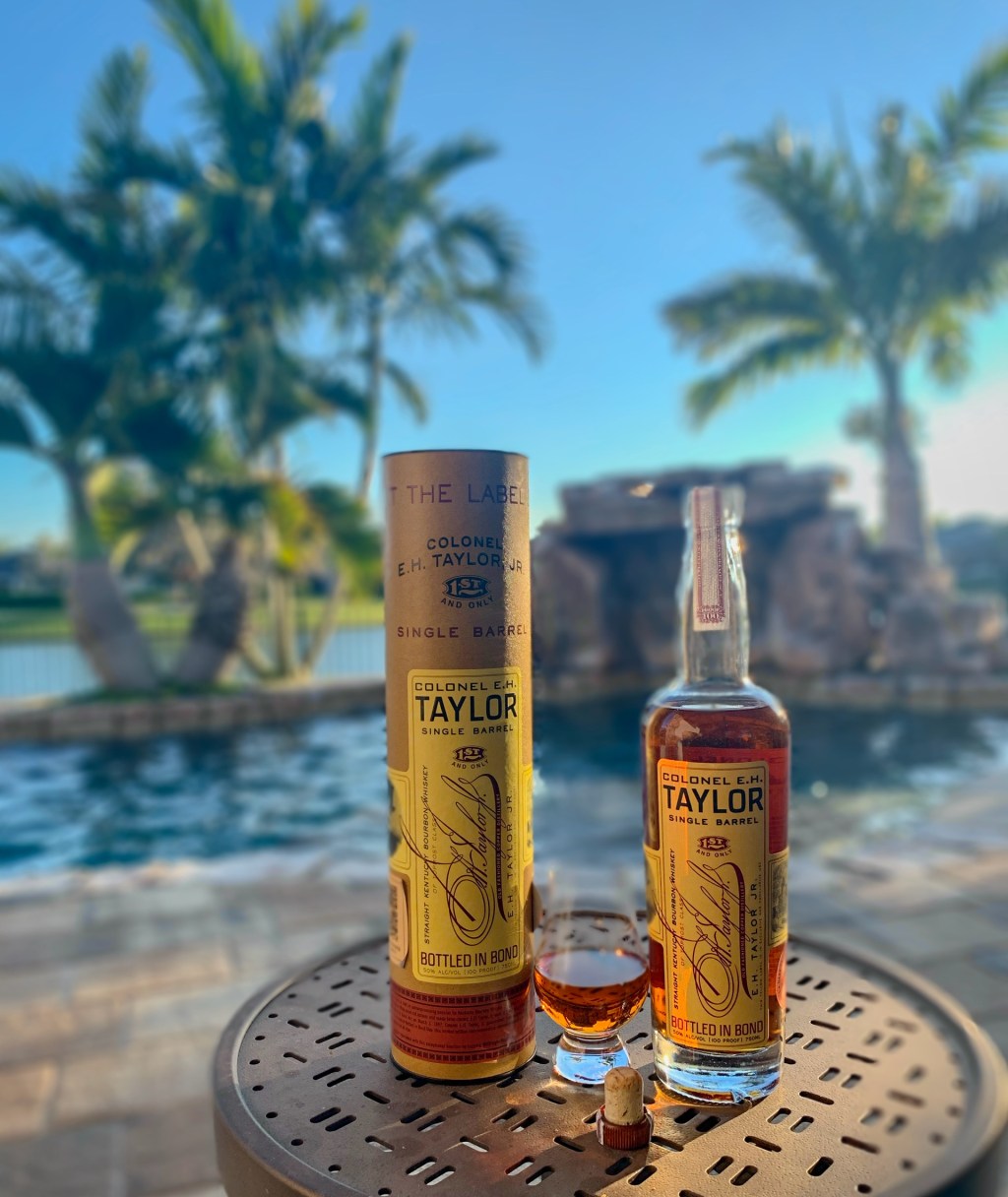 Alas, it’s the best bourbon I’ve ever had. I wish I was lying. It would save me a lot of money in the future if this E.H. Taylor, Jr. Single Barrel wasn’t perfect, but it is, and I now have a new expensive habit on my hands of needing to track down more E.H. Taylor, Jr. Single Barrel releases because I need more of this in my life ASAP. I’d say this is a solid 99-out-of-100 points on the scale. The only thing holding it back from a perfect score is the unknown. I don’t know what else is out there because I haven’t sampled every whiskey on the planet yet.

The first five bottles being released are available right now through auction with Chris Stapleton’s Outlaw State of Kind charity. These bottles are autographed by Chris Stapleton and you can place a bid on them right here at CharityBuzz.com where the auction is being hosted. The proceeds from the auction are going to support winter storm disaster relief in Texas. 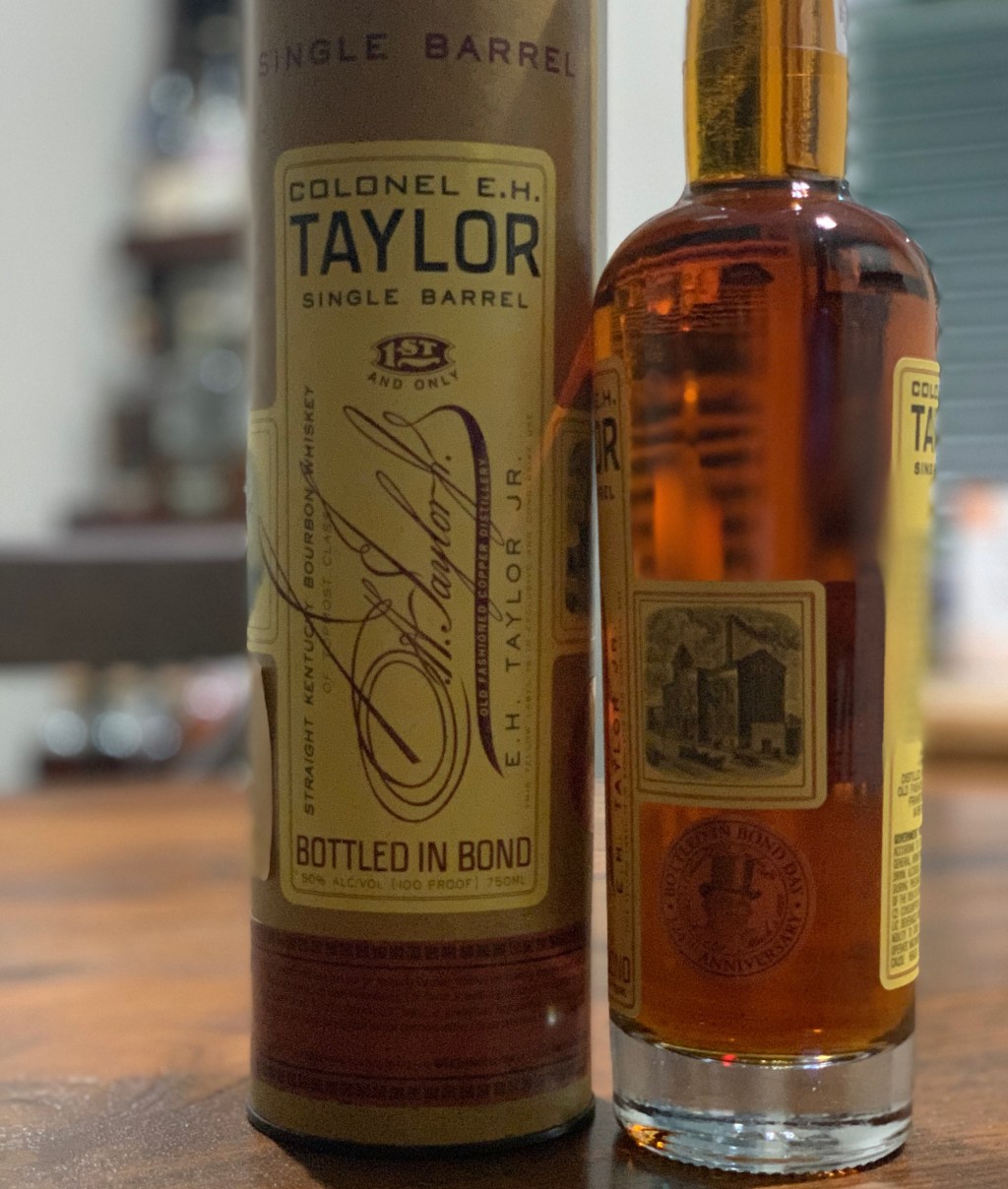 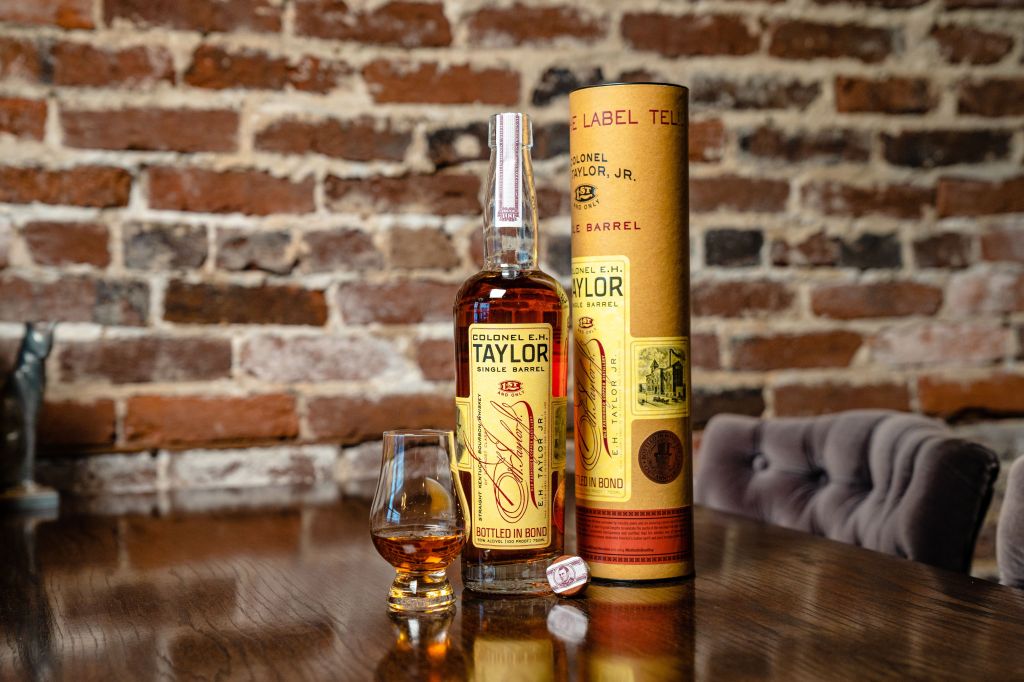 Why Chris Stapleton? Well, he’s been in love with E.H. Taylor, Jr. Single Barrel since his first sip which is something I can now relate to:

“The first glass of E.H. Taylor, Jr. I ever had was in the studio. Vance Powell, engineer of both music & good times, brought a bottle to the session for inspiration. That week we recorded an entire album, and that album was Traveller. We’ve made it a point to keep a bottle around ever since. So when E.H. Taylor, Jr. approached us to partner up for an exclusive bottling in celebration of Bottled in Bond Day, it seemed like a natural fit since they were already a part of our musical journey. Together we’ve decided to use the occasion to give back to the communities that have been the real magic in both of our stories. The challenges of these times have left many in need, and we’re honored to help address some of these needs through this partnership. Proceeds from the first batch of bottles to be auctioned off will go to natural disaster relief in Texas & Kentucky.” –Chris Stapleton

To learn more about this release you can visit Chris Stapleton’s Outlaw State of Kind website for a full press release and to place a bid on the first five bottles you can visit the auction page on Charity Buzz!

Read Next: A Breakdown Of Every Whiskey Style