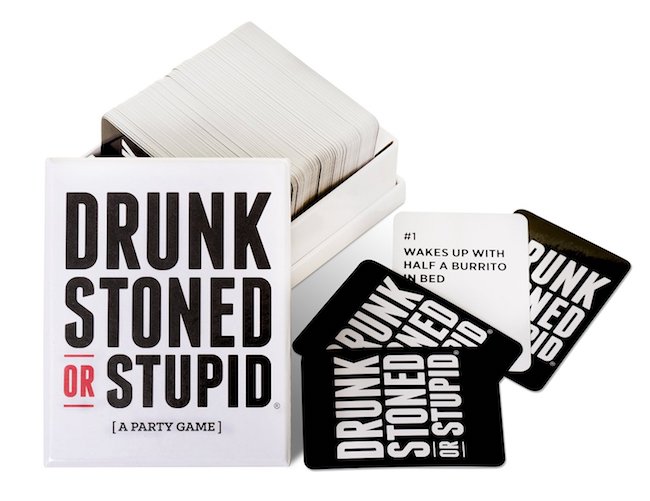 Imagine a game combining Cards Against Humanity with Never Have I Ever and that’s the idea behind Drunk Stoned Or Stupid. It’s a social party game where friends call each other out for the stupid things they do.

Here’s How To Play

Drunk Stoned or Stupid was created by two twenty-something brothers, Noah and Trevor Mayer, and their father, Andy Mayer. After a successful Kickstarter launch, the game has taken off and is now the #2 game card game behind Cards Against.