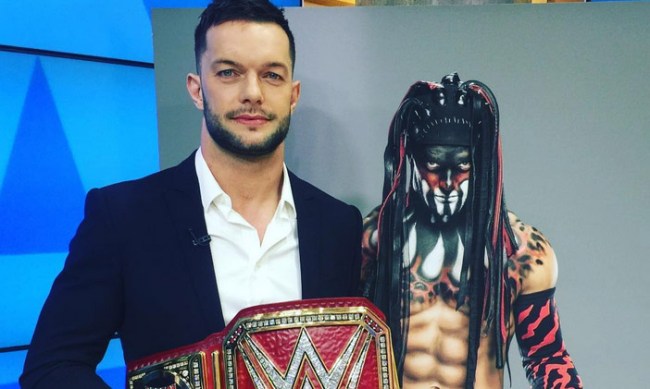 For those of you who are unfamiliar, WWE Superstar Finn Bálor is a badass. Not only is he one of the most talented, most charismatic, and all around good guys you will ever see in wrestling, he is also tough as freaking nails.

All you need for proof of that is the fact that near the beginning of his match versus Seth Rollins for the Universal Championship at SummerSlam in 2016 he severely dislocated his shoulder.

Unfortunately, as a result of that injury he also had to give up the title in pretty much record time while he went off to recover.

Now, however, the longest reigning NXT Champion, is back, still chasing that title he lost due to injury and thanks to Nike he’s got his own one-of-a-kind custom kicks to help him do it.

They sure beat the hell out of Harden and Curry’s shoes, don’t they?

Now if only we could actually buy them.

They made a sneaker for you now that is balling