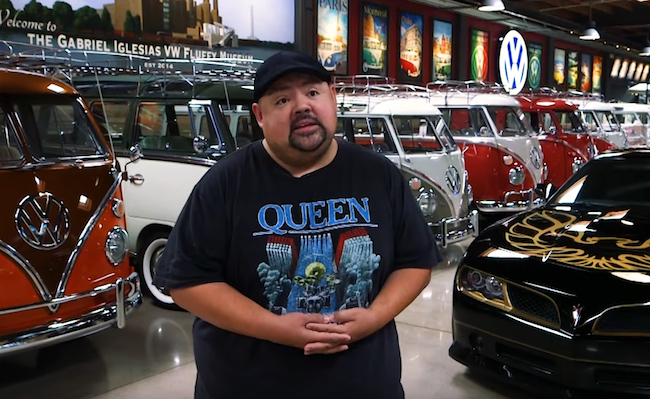 When a celebrity makes a ton of money, they’ve got to blow it all on something.

“Why do I have a bus collection?” Inglesias jokes, “well because I don’t have a cocaine problem and I need to blow the money on something.”

With an estimated net worth of $40 million, the 43-year-old comic needs to blow his money on something.

He keeps them in his enormous personal museum that resembles Volkswagen’s most famous German factory.

The comic took Business Insider into his garage and I’ve officially fallen in love with VW buses.