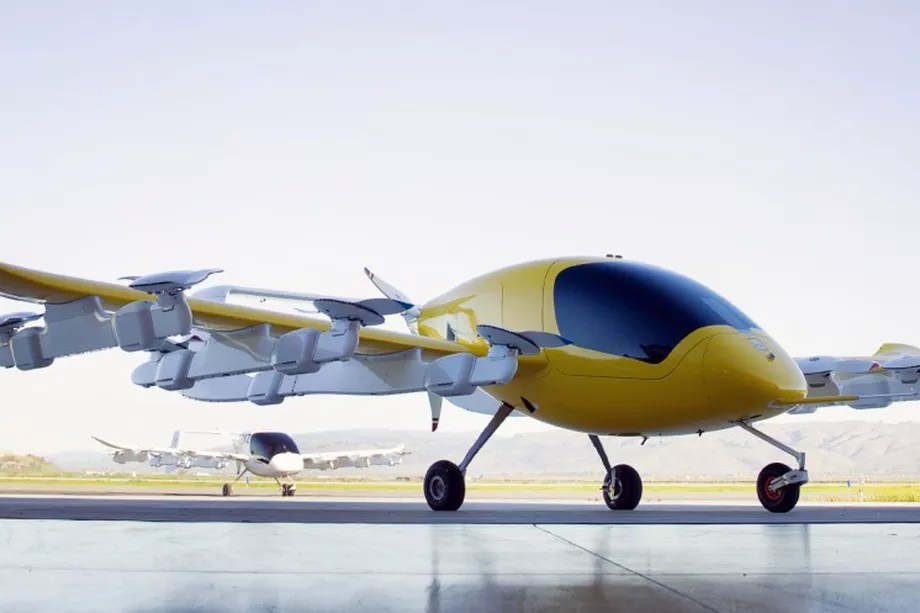 Last week, we discovered the PAL-V Liberty Sport And Pioneer, the world’s first production-ready flying cars. Now we check out the Cora, an electric autonomous flying taxi. This flying vehicle is created by Kitty Hawk, a company backed by Google co-founder Larry Page and Sebastian Thrun, “the godfather of self-driving cars.”

The Kitty Hawk Cora is not an airplane, but also not exactly a helicopter. The aircraft has wings like a plane, but it also has 12 small propellers on the wings and one large rotor in the rear for propulsion. This means that the Cora can liftoff vertically and does not need a runway. The propellers work independently so if one fails, they others can pick up the slack. The plane has a 36-foot-long wingspan.

The Cora is electric, meaning that it emits zero emissions and is quiet. The Cora can travel at over 93 mph, and has a range of around 62 miles on a single charge. The vehicle can seat two passengers and has a parachute in case things go south.

The Cora is completely autonomous so there is no requirement for a pilot or a pilot’s license. The California-based Kitty Hawk has cooperated with the New Zealand government and hopes to have the Cora taxiing people in the skies sometime around 2021. The goal is to have a fleet of on-demand self-flying taxis. They have the vision to be an Uber in the sky and they are already working on an app. A price for this flyer has yet to be announced, but they expect to only sell the Cora to service providers and not to private citizens.

“Cora isn’t just about flying,” Kitty Hawk said. “It’s about people and mobility. It’s about the time you could save soaring over traffic. The friends you could visit. The opportunities you could seize. Cora is about giving everyone a fast and easy way to get around that doesn’t come at the expense of the planet.” New Zealand has granted Kitty Hawk certification to experiment with the Cora. Kitty Hawk released the Cora launch video on Monday.