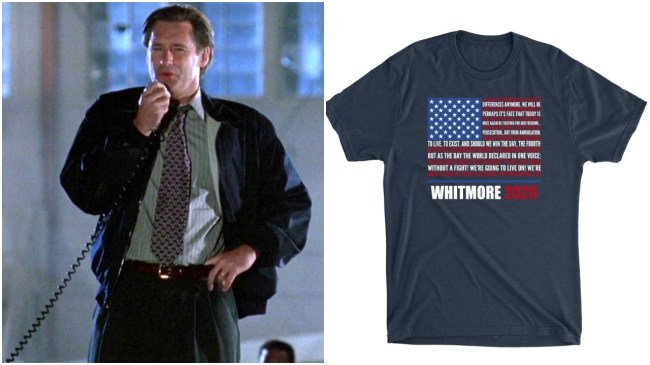 One of the best parts about being a citizen of the United States of America is you can unabashedly be who you are 100% of the time.

Want to die your skin orange and start calling yourself Lord Creamsicle? Go for it. Maybe you want to shave your entire body and cover your entire body in glitter. That’s cool too. The point is, in this country, you can always be who you want to be — you can represent yourself.

You can be, dare I say… independent.

And what better way to celebrate your independence this summer by copping a tee that only bears the greatest speech in both the history of cinema and modern American democracy: President Whitmore’s rallying cry from the 1996 modern classic Independence Day.

In case you need a fresher — which you shouldn’t because this spine-tingling address should have been permanently seared into your memory long ago — here’s exactly what speech we’re talking about:

Ready to run through a Red, White, and Blue brick wall? Same.

And while running through a brick wall may not be the best way to show your American pride this Fourth of July, copping a Whitmore 2020 tee or tank from the bros over at Highly Clutch certainly is.

Whether you’re a subtle t-shirt guy or a show-off-the-pythons tank-top guy, Highly Clutch has got your covered with the most fire America-themed gear you’ll see at the day drinks this summer. 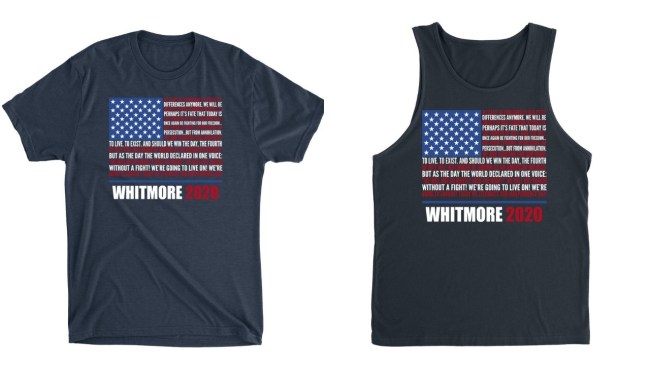