#Affiliate Partner
BroBible may earn a commission if you buy a product or service via links in this article.
by Paul SaccaJuly 15, 2018 3:43 pm 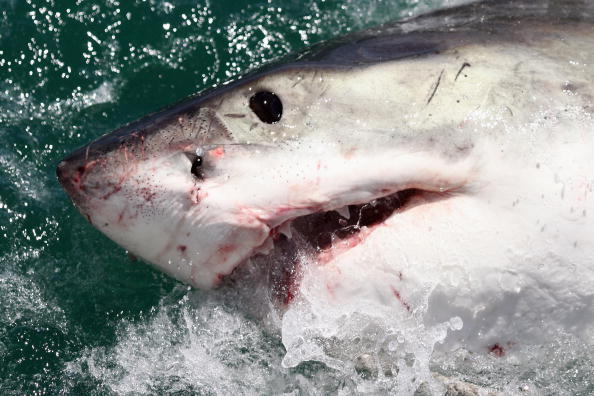 The advice I’ve always been told to survive a shark attack was to punch the water beast. However, one man says that punching a shark in the water is rather futile and there is a far more successful strategy. I tend to believe him because he is a former Navy SEAL Team Six operator. Meet Clint Emerson, a retired Navy SEAL who spent 20 years conducting special ops all over the world.

SEAL Team Six is known the world over as being the force that took out Osama bin Laden. Emerson, who has lasted through deployments to Saudi Arabia and Iraq, is here to explain how you can survive a deadly shark attack. Emerson points out that punching in the water can be ineffective because you are fighting the density of the water and it “is like slow motion.”

Instead, the former Navy SEAL recommends that you should attack the shark where it will hurt the fish most. “The gills and the eyes are probably your highest chance of creating pain,” Emerson told Business Insider. “Once again, just like with anything, you want to create pain, you want to induce pain, and hopefully it leaves you alone.” So how do you induce the most pain? Emerson says that “you literally want to shove your thumbs into the shark’s eyes. If you grab the gills, you want to stick your fingers in the vents and you want to try and rip them out.” While this sounds vicious, remember that this is a life or death situation and you want to be the one who lives.

Emerson explains this survival skill and 99 others in his book “100 Deadly Skills: The SEAL Operative’s Guide to Eluding Pursuers, Evading Capture, and Surviving Any Dangerous Situation.”

Here’s Emerson demonstrating how to barricade doors in the event of a shooter in the workplace or school.