What Headphones And Microphone Does Joe Rogan Use? List Of ‘JRE’ Podcast Equipment 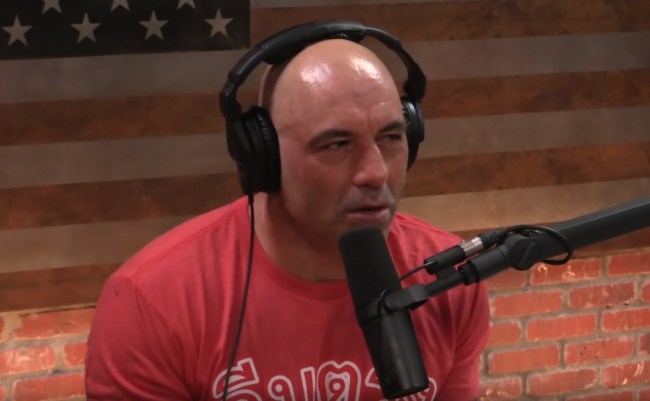 Joe Rogan was named as Forbes’ highest-earning podcaster in February, which noted that the comedian and podcast host earned a whopping $30 million in 2019. That was months before Rogan announced that he was taking The Joe Rogan Experience podcast to Spotify, a deal that is said to be worth over $100 million.

The Sennheiser HD280PRO Headphones are closed-back and go around the ear. They offer high ambient noise attenuation and have aggressive noise isolation. The frequency response is 8 – 25000 Hz. The sound pressure level (SPL) is 113 dB.

For all of those discussions about saunas and elk meat with your favorite celebrities, you need a microphone that delivers crisp and clear sound. The JRE goes with Shure SM7B Vocal Dynamic Microphone, which offers internal air suspension shock isolation to virtually eliminate mechanical noise transmission. There’s also advanced electromagnetic shielding to prevent that annoying hum from computer monitors and other electronic equipment.


Gator Frameworks Deluxe Desktop Mic Boom Stand (3000 Series) fully rotates 360 degrees without taking up too much space on a desk.

On a few occasions, Rogan ventured out of the friendly confines of his studio to conduct interviews. On those rare occasions, Rogan used the Blue Yeti USB Microphone. This microphone utilizes tri-capsule technology, and offers multiple pattern selection: cardioid, bidirectional, omnidirectional, and stereo.

Turn me up in the headphones is no problem with the Behringer POWERPLAY HA8000. You can control two stereo main inputs for two independent mixes as well as eight independent stereo high-power amplifier sections in just one rack space.

Now that you know what audio equipment that Joe Rogan uses for his show, go out there and become the next Joe Rogan.