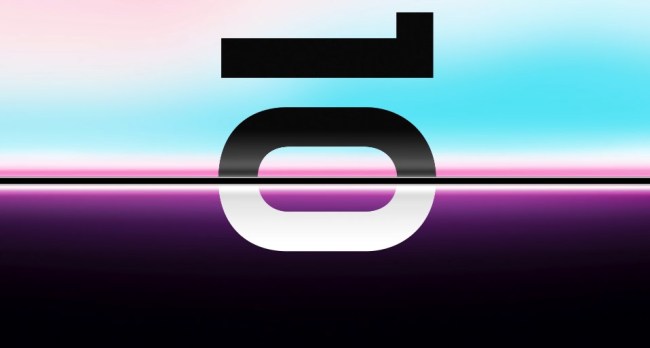 Three days ago Samsung dropped a teaser video for their upcoming S10 phones that didn’t actually show us any of the actual phones. However, that didn’t stop them from beginning to accept pre-orders. (Of note, they are offering a whopping $550 trade-in value for eligible devices).

The official unveiling of Samsung’s next batch of phones, the S10 line, will take place on February 20th in San Francisco. Not that there is much mystery about the specs for the Galaxy S10, Galaxy S10+, and the Galaxy S10e. Leaks have been rather abundant.

However, we still haven’t actually seen with our own eyes how the new phones will function or how big they will be. Until now.

Now, we have a video published by smartphone accessory retailer MobileFun that shows the size of the Galaxy S10+ and how it looks during screen protector testing.

“There’s precious little question that the Galaxy S10+ will be the most desirable new model in Samsung’s 2019 Galaxy S lineup, at least until the even bigger 5G model debuts later this year,” wrote Zach Epstein of BGR.com.

According to GSMArena.com, who received two detailed spec sheets for the Galaxy S10, Galaxy S10+ and Galaxy S10e…

We reported on some of the details found in the sheets, like the new 10MP f/1.9 selfie camera that can capture 4K video. It will have dual-pixel AF but the sheets don’t mention optical stabilization, which was reported as a new feature. We’ve also heard of the new super slow-mo capabilities of the Galaxy S10 trio – they’ll be able to capture 0.4s-0.8s of video, twice as long as their predecessors.
…
Another deviation from what we’ve seen rumored is the screen size of the Galaxy S10+. The insider specs sheet claims a 6.3-inch diagonal of 3040x1440px resolution, whereas rumors say a 6.4-inch display.

Then there are the cameras – the Galaxy S10+ and Galaxy S10 have triple rear cameras (12 f/2.4 45-degree tele / 12MP f/1.5 77-degree regular / 16MP f/2.2 fixed-focus 123-degree ultra-wide) while the Galaxy S10e is listed as having a regular and an ultra-wide camera, while rumors suggested it will stick with the regular + tele configuration of the Galaxy S9+.

Will the new Samsung S10 phones be enough to make Apple customers give up their iPhone XR or XS? That remains to be seen.

The Samsung Galaxy S10 release date has been officially announced as March 8th.