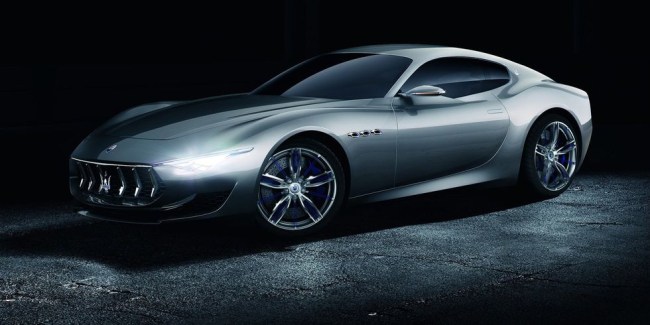 When you think of Maserati, you don’t think of an electric car, but rather throaty, loud supercars. But that is all about to change. Maserati is going all-in on a new electric vehicle that has a beautiful design and jaw-dropping performance specs with the upcoming Alfieri concept car.

The Alfieri is a two-seater coupe will trade in Maserati’s usual thunderous V8 engine for quieter electric propulsion. Despite being an all-electric EV, Maserati touts that the Alfieri will accelerate at a neck-snapping pace of 0 to 62 mph in less than two seconds. The couple will also boast a top speed of beyond 186 mph. Suddenly, ditching the gas engine doesn’t sound too bad. At a sub-2 0 to 60, that puts the Alfieri in the same kind of ludicrous speed as the Tesla Roadster and the Rimac Concept Two.

“It may look like we are targeting Tesla: we are,” said Maserati chief Tim Kuniskis. “We are going to accomplish this by bringing to market something than no one in the industry can match.”

The Alfieri will have an aluminum spaceframe in order to have a low weight to ensure high performance. The Italian supercar manufacturer has been flaunting the Alfieri since 2014 and acknowledges that they are also working on a convertible version. But it isn’t just the Alfieri that is going electric, Maserati plans that all of their nameplates will be electrified by 2022. Maserati announced these ambitious plans during Fiat Chrysler Automobiles’ five-year plan presentations to investors last week. 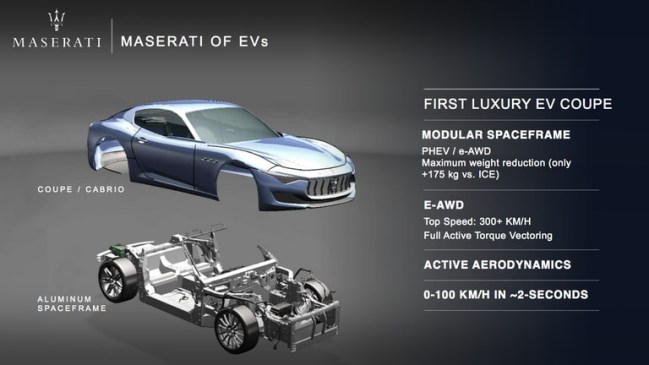