Own Every Single Classic Mel Brooks Movie For Just $20 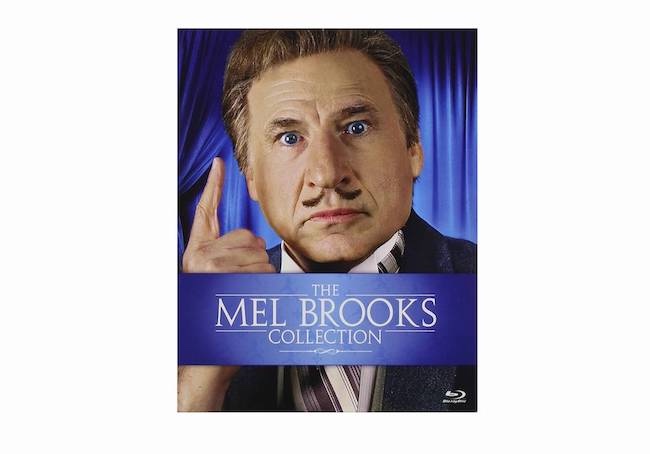 About a year ago, I had the pleasure of attending a screening of Blazing Saddles in honor of its 40th anniversary. After the film, Mel Brooks did a Q&A. and it was one of the best nights I’ve ever spent in a theater. Though that might change if Spaceballs: The Musical ever happens.

Brooks has made so many classic comedies – Spaceballs, History of the World Part II, Blazing Saddles — it’s hard to pick a favorite. It’s also incredibly hard to pass up this insane deal on all nine of his films for just $20.

“Enjoy! Revel! Live!” as Mel says…and “have yourselves one sweetheart of a good time.” Presenting nine hugely popular films from one of cinema’s most celebrated, prolific and funniest filmmakers, Mel Brooks! The undisputed king of hilariously quotable films, Mel has delivered hit after hit after hit, each one as memorable as the next.

This nine-disc Blu-ray collection includes some of the most side-splitting, gut-busting, guffaw-inducing films ever made. It really is “good to be the king!”

The collection includes Blazing Saddles, Spaceballs, Young Frankenstein, High Anxiety, History Of The World Part 1, Robin Hood: Men In Tights, Silent Movie, To Be Or Not To Be and The Twelve Chairs.

Treat yourself or buy it as a gift. Excuse me while I whip out my wallet and buy the collection myself.