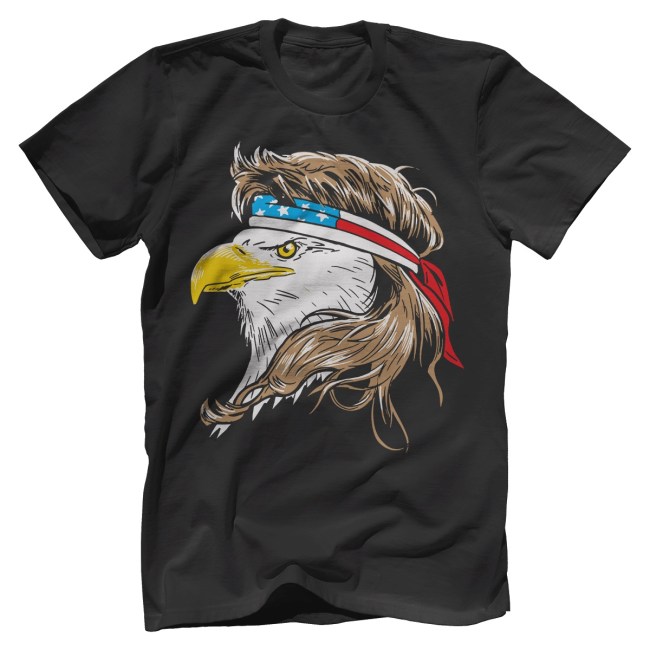 This majestic bird is the ‘Merican Eagle. He’s patriotic as shit. He probably also knows Willie Nelson. He also could be yours, at a steal.

“This shirt was everything it said it was. It’s pure America. Not only is the quality well and it fit good. It also gives a feeling of true American Bad Assery when you wear it. It can be described as flying on an American Bald Eagle as it shoots fucking lasers at our enemies. You put this shirt on and you’re ready to spartan kick any commie or triggered snowflake that gets in your way! All in all it’s American as Fuck!”

It even comes in a tank top which is so god damn American it should be illegal.