A Unique Patek Philippe Watch Sold For A Record $31 Million, The Most Ever Paid For A Watch 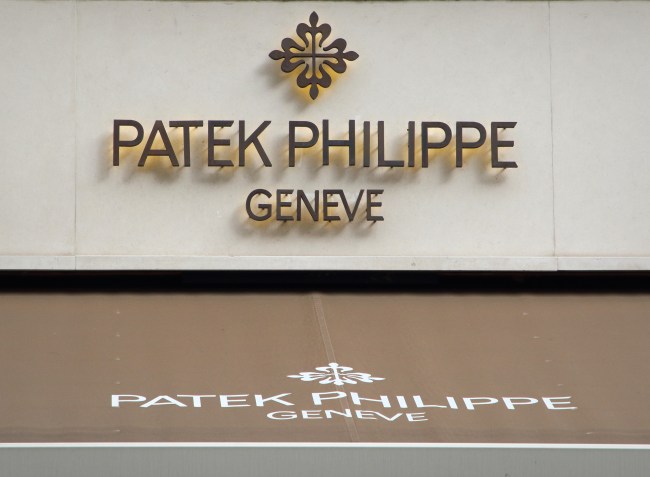 How much is too much to spend on a watch? You can get a Timex on Amazon for fifty bucks. A FitBit will set you back around $200 and you’re looking at $400 for an Apple Watch. You can purchase a quality Swiss-made watch for under $1,000 but then we enter that realm of how much is too much?

That breaking point of a timepiece being too expensive is different for everyone. For you it might be $500, $5,000, or $50,000. For whoever purchased the never-worn-before Patek Philippe Grandmaster Chime 6300A-010 at Christie’s Auction House there appears to be no limit.

In this particular auction, 50 pieces were sold for a total of $38.8 million but nothing came anywhere close to the $31 million spent on this one-of-a-kind Patek Philippe:

The Grandmaster Chime 6300A-010 has never been worn — it was created specially for Saturday’s auction in Geneva to raise money for research into Duchenne muscular dystrophy, according to Christie’s.

It is the only version of the timepiece ever produced in stainless steel and the alarm sub-dial is marked with a special inscription, “the only one.”

The watch has a reversible case in black and rose gold, 18-karat solid gold dial plates and is fixed with a band made of black, hand-stitched alligator leather.

It also includes all the features one might expect of luxury timepiece: gold Breguet numerals, a hand-guilloched hobnail center, a year display and a plethora of sub-dials. (via CNN)

You can see ‘The Only One’ inscription here:

According to reports, the bidding on this one-of-a-kind Patek Philippe Grandmaster Chime 6300A-010 that sold for a record $31 million lasted 12 minutes which must’ve felt like a lifetime for whoever was bidding tens of millions…on a watch. This sale was part of the ‘One Watch’ annual charity auction where the watchmakers each have one special watch for the occasion and it appears this year’s offering from Patek Philippe was enough to wow the horological world.

Christie’s Auction House in Hong Kong has a massive watch collection up for preview right now. That auction will take place on November 27th and it has a SIIIICK Patek Philippe Ref. 6002 among 240 pieces. That particular piece is going to sell for a literal fortune, mark my words.