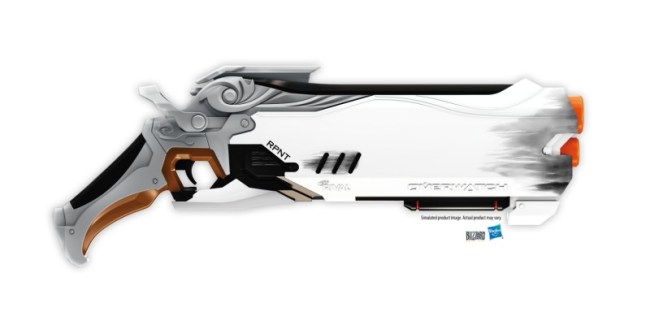 Get ready for Overwatch to become somewhat a reality next year when Nerf releases their version of one of the video game’s most popular weapons. The first video game-inspired gun is called the Nerf Rival Overwatch Reaper Wight Edition and you can get your hands on it sometime in 2019. The Nerf gun is based on the Reaper’s Hellfire shotguns.

A new way to play.

The new Nerf gun was unveiled at the 2018 San Diego Comic-Con. Exact release date and pricing hasn’t been revealed as of yet. This is the first in a series of Overwatch Nerf guns. Maybe Hanzo’s Storm Bow could be the next Nerf/Overwatch crossover weapon?