#bourbon
BroBible may earn a commission if you buy a product or service via links in this article.
by Cass AndersonMarch 26, 2021 9:59 am 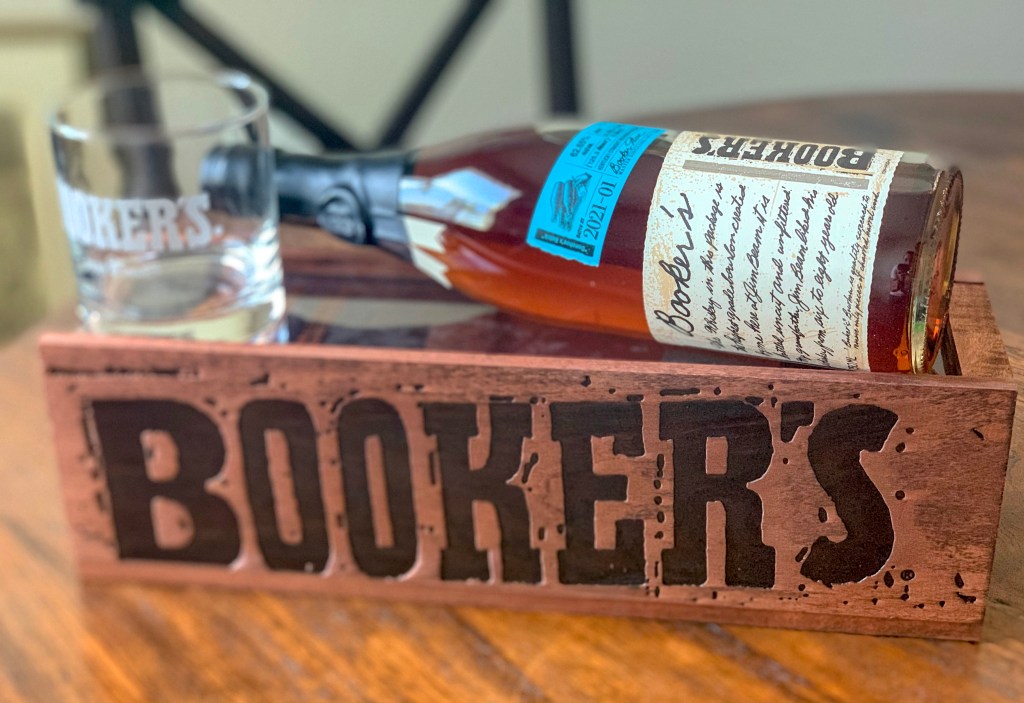 With the first Booker’s Bourbon Batch release of 2021, ‘Donohoe Batch’, I was lucky enough to connect with the man who this batch is named for along with Fred and Freddie Noe to hear the story of how Booker’s Bourbon came to exist on shelves across America. This was a really cool story about how what was once a secret jug full of hand-selected bourbon that Booker Noe would drink himself became one of the most iconic small-batch bourbon releases in America. I also have all of the ‘Master Distiller’s Notes’ on the first Booker’s Bourbon batch release of 2021 down below!

All of this was typed on the fly during a Zoom call with Mike Donohoe, the man who we have to thank for Booker’s Batch Bourbon making its way to the public. Mike’s told us his fascinating life story and I had to share it with any bourbon lovers out there because this really is one of those instances where there’s so much more to the story of this small-batch bourbon we all know and love than most people would ever know.

Mike started his career in the NFL. He played college football for the University of San Francisco, was drafted by the Minnesota Vikings, and went on to play for the Falcons and Packers before finishing his football career in the World Football League with the Hawaiians.

After football, Mike Donohoe jumped into the world of spirits. After a few years in the business, he was hired as National Sales Manager for Jim Beam and at the holidays they were always buying flowers and chocolates and crab from Florida and onions from Georgia for distributors as holiday gifts. He thought ‘why are we doing this as a liquor company?’

He started working with Beam in 82 or 83 and at the time the only thing he knew about Booker Noe was that he was the grandson of Jim Beam and a fan of football. So they primarily talked about football. One day, Mike strolled into Booker’s office and was offered a drink:

“He said, ‘let me get you something to drink.’ I remember it was the simplest glass ever, the simplest jug ever, he served half and half water and bourbon. We drank it and I said “this isn’t Jim Beam.” He says “it kinda is, I’ve got a couple of special spots around the warehouse.” He says “I take a little bit from the beginning of the year and I store it in the best spots. I just know.” That’s about all he would say about it.”

Flash forward 6-8 months, and the way Mike tells it he was in his office thinking about what to buy and send to distributors and friends/family for holiday gift ideas and he’d been thinking about that special bourbon so he went into the then CEO’s office and said it’s “kind of goofy” that as a liquor company they’re passing out “rab from Florida, onions from Georgia” instead of liquor. The CEO said they’ve got thousands of cases of Beam in the warehouse and they couldn’t give that out as gifts so Mike Donohoe said “I have a thought” and called Booker Noe to ask about that special Bourbon.

“That stuff that you gave me down in the warehouse, I know it’s special, could you make like maybe/could you give me like a hundred bottles?” He says yup. That sounds great. What kind of budget? Rich (the then CEO) says you can go ahead but we can’t spend any more than normal. He says we can cheat a little bit but not too much.”

In the next 5-6 months, Booker and Mike got really fired up about this Booker’s bourbon because “he was making the best bourbon in the world in obscurity” and nobody knew what it was. The next move was to find glass to put it in a bottle so they could send it out as gifts. If you’re familiar with Booker’s Bourbon you know it comes in wine-style bottles with a sealed wax top versus a typical square or rectangle style bourbon bottle.

Initially, they wanted to put it in a square bottle but the mold for making a new bottle would cost $30,000 and they didn’t have a ton of budget for this and they couldn’t use traditional Beam bottles because it was something new and different. So Booker told Mike he’d found an option.

“I got this old warehouse in Lousiville with old white wine bottles and the guy wants to sell them for $2/case. We can handle that.” Booker said. So Booker Noe went and got the bottles and then they wanted to dip them in wax but there was an issue with Maker’s Mark having a patent on that. Mike was certain he’d seen other bourbons with wax seals so he sent some sales team members out to stores to look for it and they didn’t find any instances of the wax seal other than Maker’s Mark so Booker Noe said “Booker said what the hell, I’ll just dump it on there” and dumped the wax on top instead of a stamped seal.

Then came the label. Instead of printing something up, the first labels were handwritten by Booker Noe himself and that handwriting you see on labels today is still his original handwriting. So Booker handwrote the first 50 labels. Mike says there were a couple of mistakes on the labels early on which would be amazing to see if anyone could track those down. Then came the idea to number the bottles 1-100. He says the first batch was 80 to 100 bottles.

Mike had some concern about the bourbon being too strong (125+ proof) and Booker immediately shut that conversation down. Miek said “why don’t you make it 90 or 95 proof. Maybe 120+, I dunno, too strong?” And Booker fired back a letter chewing him out. Keep in mind this was pre-email soo everything was done over the phone or by letter. Booker said “if I lower it to 95-proof I gotta filter it and every time I filter it, it loses flavor. And the best bourbon is 6 to 8 years old.” So that’s what they went with.

Mike then sent ‘the first 12-24 bottles up to Chicago’ and had the CEO sign his name. Since the bottles were numbered, Booker asked if he could keep the #1 bottle and gift it to his mom. The rest was sent out as holiday gifts with a note from Booker himself or the CEO explaining how it was a special bourbon that wasn’t on the market and the response was just unreal.

“The letters started pouring in from experts who knew bourbon saying “this is the best I’ve ever had” and from there, we started Booker’s Bourbon. A couple of letters said ‘this so special I’m not going to open it’. So we made another 50 bottles and sent a second bottle to everyone and told them to open it. “

And that’s how Booker’s Bourbon came to exist. After the incredible response from friends and family, Mike went to the CEO and said they could and should sell some of it. At that time, a HALF GALLON of Jim Beam had a retail price of just $10 so they had absolutely no idea what to sell their 750ml white wine bottle of special Booker’s Bourbon for and they panicked over the price but the CEO said “if this is so special, let’s charge”. So they went with a price of $20/bottle.

The first batch went out with 200 cases that year and it was flying under the radar. Mike spoke with one distributor in California and said they’d put aside 25 cases for him, the distributor asked if they could cut the order to 12 cases. Mike tried to tell him a LOT of people would want it so he said he’d send out half the 25 cases this year and half the next year. Less than an hour later, that distributor called back and requested a hundred cases because he spoke to some people who told him how special this bourbon was and how quickly it was going to fly off the shelves.

At one point, the marketing team got involved and wanted to tinker with the name and labels but those ideas were scrapped because the name and hand-written labels were “right from the heart” and there was no reason to change something that looked so authentic. So to this day, Booker’s Bourbon labels still feature Booker Noe’s actual handwriting.

And that’s it, folks. That’s the story of how Booker’s Bourbon came to exist on shelves across the world.

The batch is made up of barrels from two production dates that were aged in six different rackhouse locations. The breakdown of barrel storage for Booker’s ‘Donohoe Batch’ is as follows:

Color: “medium amber that reflects the length of time spent in the white oak barrels

Aroma: “has vanilla and some baking spike that makes you want to experience the tast of this batch

Taste: “full-bodied and opens in the mouth, with a finish that is pleasant and fulfilling especially in these cold months”

This is my favorite batch release in years. The minimum age is 6 years, 11 months, 4 days and it clocks in at 125.3 proof but I found it drank at closer to 105-110 proof because it was so smooth. It’s available now in limited quantities with a suggested price of $89.99 so be on the lookout!