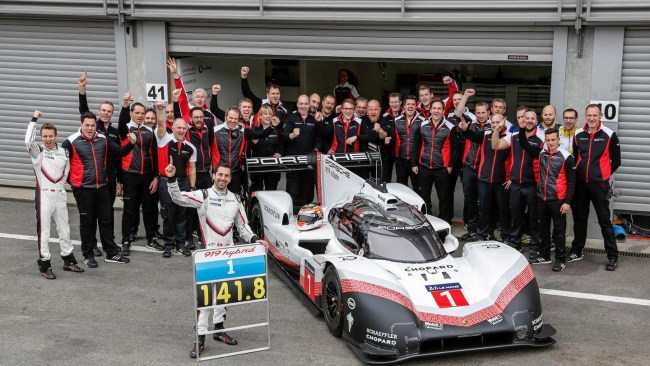 Porsche decided to have some fun with their 919 Hybrid Evo that has won Le Mans three times in a row (2015-2017). After cranking the car up beyond the typical Le Mans racing specifications they set a new track record at the 7KM Belgian Grand Prix Circuit in the Ardennes mountains and in doing so they beat the track record that was previously held by the Mercedes F1 W07 Hybrid. 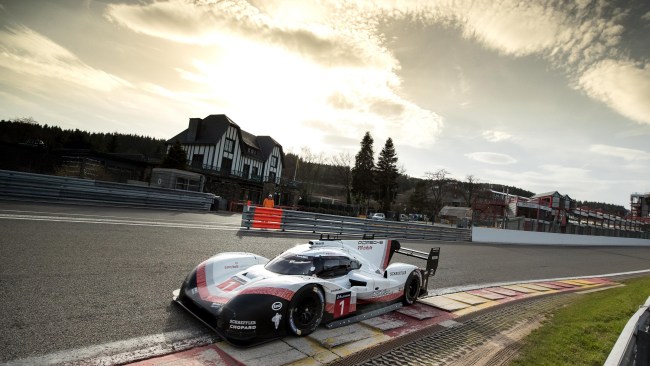 Footage of the Porsche 919 Hybrid Evo in action shows just how incredibly fast this car is:

Porsche sent out a press release in which they explain what modifications allowed the Porsche 919 Hybrid Evo to set this new record. Here’s an excerpt:

For the ‘Porsche 919 Hybrid Evo’ the entire hardware of the power train remained untouched. The 919 is powered by a compact two-litre turbo charged V4-cylinder engine and two different energy recovery systems – brake energy from the front axle combined with exhaust energy. The combustion engine drives the rear axle while the electro motor boosts the front axle to accelerate the car with four-wheel drive. At the same time it recuperates energy from the exhaust system that otherwise would pass unused in to the atmosphere. The electrical energy that comes from the front brakes and the exhaust system is temporarily stored in a liquid-cooled lithium ion battery.
The WEC efficiency regulations limited the energy from fuel per lap by using a fuel flow meter. At the 2017 championship round in Spa, in the Porsche 919 Hybrid’s final season, it could use 1.784 kilogram/2.464 litres of petrol per lap. The V4 combustion engine’s output back then was around 500 HP. Freed from these restrictions, equipped with an updated software but running the regular race fuel (E20, containing 20 per cent bio ethanol), the 919 Hybrid Evo delivers 720 HP.
The amount of energy from the two recovery systems that could be used in Spa 2017 was 6.37 megajoule. This was by far below the systems’ potential. On his record lap Neel Jani enjoyed a full boost of 8.49 megajoule – the e-machine’s output increased by ten per cent from 400 to 440 HP. (via) 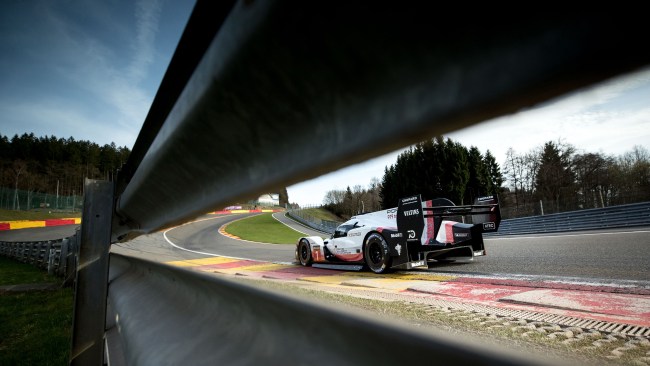 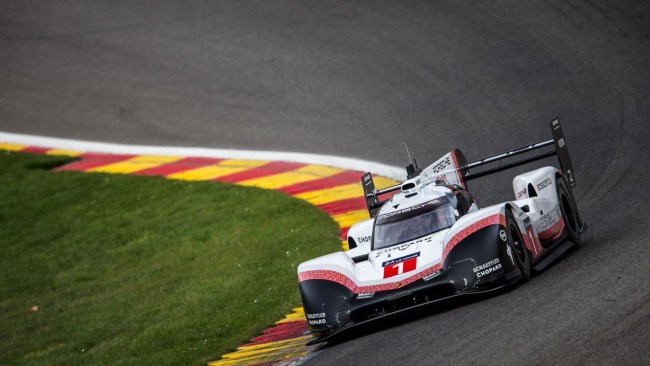 You can read the full press release by following that link and visiting Porsche’s website where they explain in depth what makes this such an incredible vehicle.