These Are The 23 Rarest And Most Valuable Nike Sneakers, The Top Pair Is Valued At $32,000 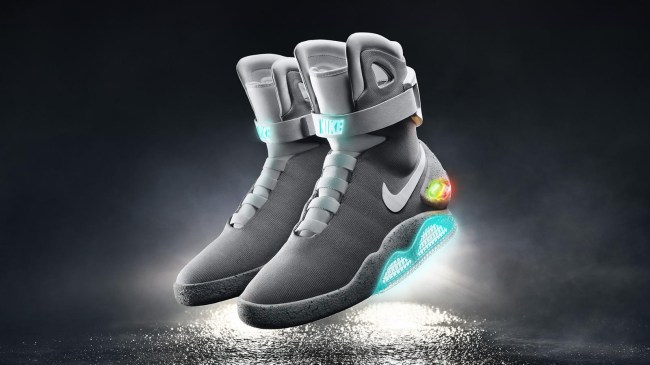 We just had an internal debate in our editorial Slack room about what we would do if we just so happened to be lucky enough to own a pair of the extremely rare and valuable shoes on this list. Personally, if I was holding on to them and I didn’t accidentally wear them like a fucking idiot, I would sell them on eBay or some other auction site. One of our editors, however, said he would donate the 2016 Air Mags, which are worth $32,000. He said, “If I owned sneakers worth $32,000 and didn’t just immediately donate them to a charity auction I’d feel like a complete fucking tool. Wearing $32,000 sneakers sounds awful.”

You sell that shit. You sell that shit and you let that $32,000 make you more money. Don’t donate them for Christ’s sake. No one said you had to own them or even care that some other idiot wants to buy $32,000 shoes. You sell the fucking shoes, you take the money, and you never think about what happened to them after they left your possession. AM I WRONG?

But first, a very important poll… 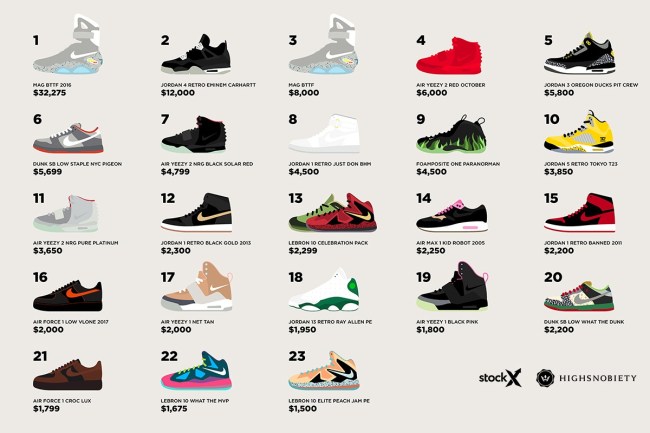