$11 Million Superyacht Allows You To ‘Go Anywhere’ Because It Supports A Helicopter, Submarine And 4×4 Vehicles 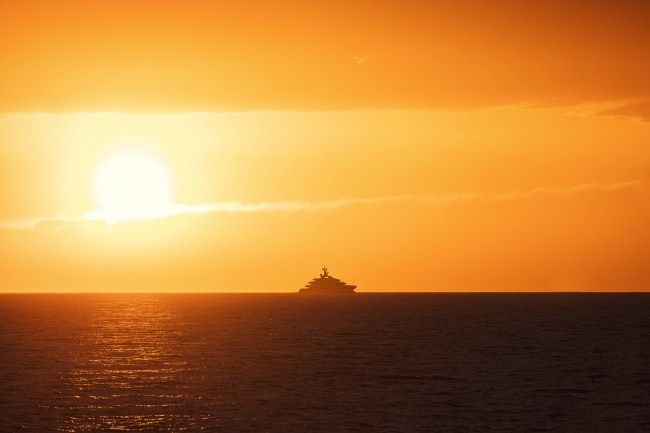 Whether you want to go to the Arctic Ocean or the Caribbean Sea, this incredible superyacht will let you go just about anywhere. That’s because the Esquel yacht can support a helicopter, submarine and off-road vehicles. Not to mention that this mega boat looks tremendous.

There’s been a huge amount of excitement around the expedition yacht Esquel from @oceancoyacht, following her concept launch at the Dubai International Boat Show last week. It was a fantastic project to be part of, working alongside an abundance of talent in @timurbozca, interior designer @gina.brennan and @lateral_eng. . . . #pelorus #polarexplorer #superyacht #superyachts #superyachtlifestyle #expedition #esquel #exploration #oceanco #dubaiinternationalboatshow #yachtdesign #experientialtravel #yachting #yachtstyle

Dutch shipbuilder Oceanco has unveiled a concept yacht that is not only stunning but also offers travelers maximum access to pretty much any place on the Earth. The heavy-duty yacht boasts a displacement hull with a plumb bow, specifically designed for cruising in harsh environments such as the glacier-filled Southern Ocean.

RELATED: The Ultra-Luxe Carat 187 Superyacht Was Designed To Throw Swanky Parties On The Open Seas

Shore exploration is welcome on the Esquel because there is a helipad as well as enough garage space to accommodate a Triton submarine. Plus plenty of garage space and deck space for off-road vehicles such as 4×4 trucks, ATVs and motorbikes.

It’s been a pleasure to work with @oceancoyacht on the design of their new 105m expedition yacht, Esquel. Today she was unveiled at the 2019 Dubai International Boat Show. What do you think? . . . . . #superyacht #yacht #oceanco #experientialtravel #adventure #dubaiyacht #yachtlife #yachtmaster #expeditionunknown #expedition #esquel #pelorus #yachts #nolimit #esquel #luxurylifestyle #luxurytravel #expeditionyacht

Esquel, which was named after a meteorite composed of metal and crystals that was discovered near Patagonia, is powered by a state-of-the-art compact diesel-electric engine that has a top speed of 16.5 knots. Esquel has a cruising range of 7,000 nautical miles at 13 knots. The ship also has “uncompromised and autonomous operation throughout the world.”

RELATED: Lexus Reveals The LY 650, Its First Luxury Yacht, And It Is Absolutely Magnificent

The 105m Design Esquel has received a great response since her unveiling at the Dubai International Boat Show yesterday. What do you think of the design ? . . . . #unveiling#design#Esquel#105m#345ft#expeditionyacht#timurbozca#ginabrennaninteriors#lateralnavalarchitects#pelorus#oceanco#dibs2019#boatshow#instagood

Oceanco calls the Esquel the “perfect blend between an expedition vessel and sophisticated superyacht” that combines “pure luxury and comfort.” This high-tech expedition yacht features a sleek exterior designed by Timur Bozca and naval architecture by Lateral Naval Architects.

The ship’s design was inspired by “space rocket” designs. “While Esquel will not be headed to outer space, she will be capable of journeying to remote corners of planet earth,” the company said.

Inside the yacht is a luxurious interior that is extravagantly decorated as well as a spa and wellness area, gym, yoga room and hot tub. There are even designated areas for home-schooling children or for laboratories that can be used for scientific experiments such as growing your own coral reef.

Esquel has already won the International Yacht and Aviation Award for Best concept Yacht over 70 meters. All of these exploring capabilities come at a price, the Oceanco Esquel comes with a price tag of over $11 million.