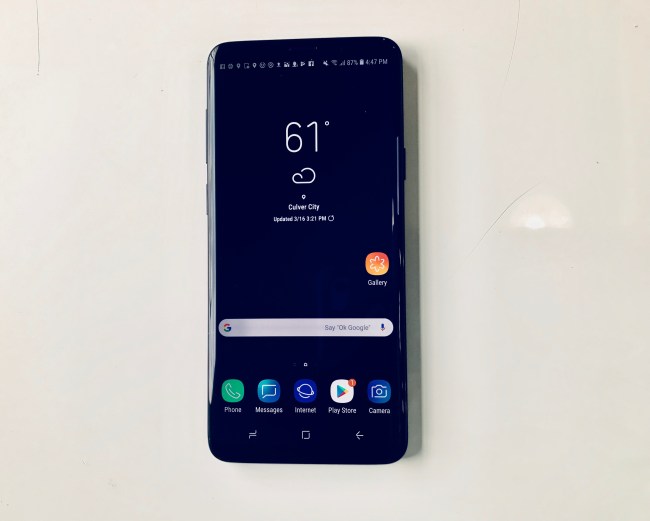 In the digital age, a great phone is really about how easily it integrates into your life without a hiccup. Does it make your food pics to your Mom clear-as-day so she knows you’re eating the occasional kale salad instead of pizza four times a week? Does it That slo-mo video from your boys trip to Tahoe look badass on Instagram? Can you throw on a breezy playlist from Spotify and crank up the volume while lazing around the backyard on a Sunday without a speaker?

I live with my smartphone in my hand. I like functionality. I want my devices to enhance my life in some way, from taking better pics to bigger screens that let me watch American Vandal in HD when I’m delayed at the airport. I’m not a “specs guy” when it comes to making a purchasing decision for a phone; I don’t ogle over pixel density of it’s screen or the power of it’s Qualcomm’s Snapdragon 845 processor. I know all that under-the-hood stuff is important to what makes a smartphone smart, but at the end of the day just want a phone to do all the cool things that it says it can do with ease.

Get ready to hear a lot about the Samsung Galaxy S9+ over the next few months. The specs on the device have been out for weeks, but it’s finally trickling into consumer hands. The Samsung Galaxy S9+ is affordably priced out-of-the-box at $839.99, with the S9 starting at $719.99. That’s significantly cheaper than Apple’s $1000+ price points for the iPhone X, which means Samsung stands a good chance to chisel further and further into market share with a phone boasting similar performance capabilities.

I got my hands on a Samsung Galaxy S9 Plus the other week, getting a chance to take it through the mill as a very heavy phone user. There are some freakin’ cool new features in Samsung’s ninth generation of the Galaxy.

Here’s a no-nonsense guide to what’s rad in the device. Go check out an unlocked version of the device for yourself over on Amazon…

An Incredible Camera, Especially In Low-Light

The Samsung S9 is the first smartphone to ever roll out a dual aperture camera. That means the lens automatically adjusts to the situation, kind of like a human eye when you go outside from a dark office to food truck for lunch. You get all the oomf of a wide aperture lens (…the widest on any smartphone) for incredibly vivid pics in low light situations (..concerts, restaurants, camping at night in the woods) while also giving you a narrow aperture lens for bright situations (the beach, bright department stores, basically any time the sun is in the sun is in the sky). The Galaxy’s camera automatically adjusts the aperture size for the situation, while letting you get your Ansel Adams on with a manual mode.

The vivid low-light pics in various Samsung S9 Galaxy modes are incredible, with an automatic processor that nails the bokeh effect when you need to go full cinematographer. Here are a few untouched pictures I took while testing the S9+ capabilities out in various scenarios around Los Angeles. Big fan of how much it makes my grizzly beard hairs pop in selfie mode. Really need a trip to the barber shop soon (…and a solid lathering of beard balm to condition it for the HD selfies). 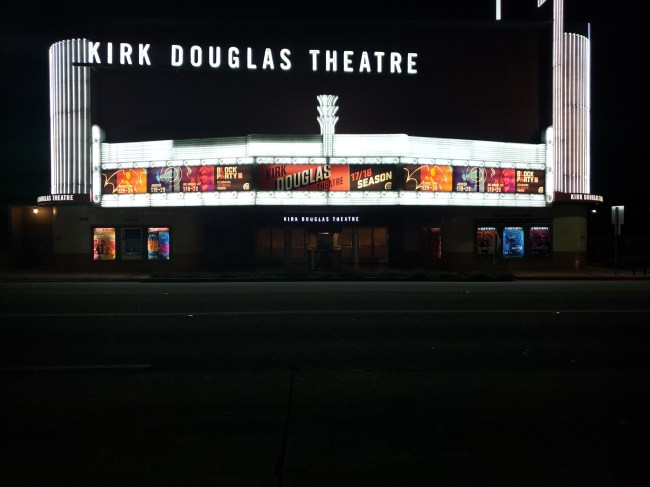 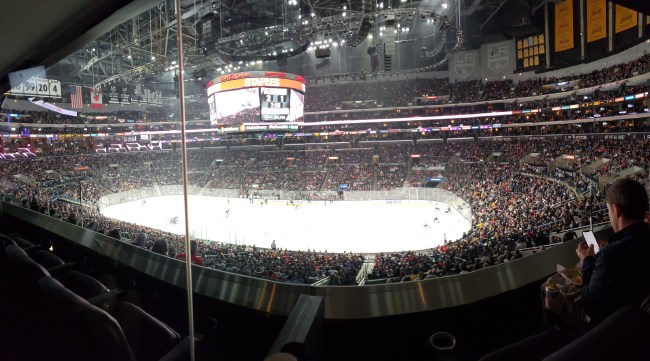 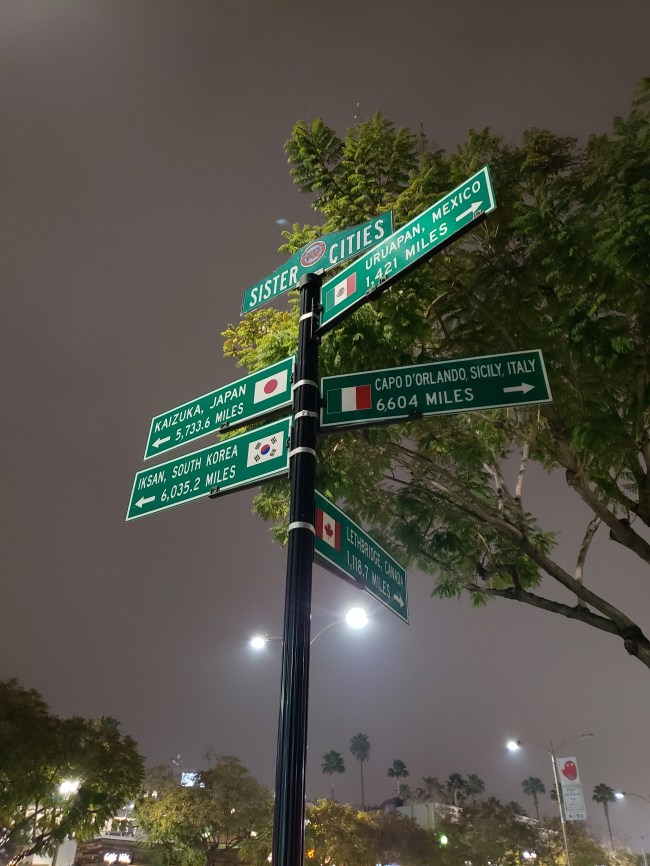 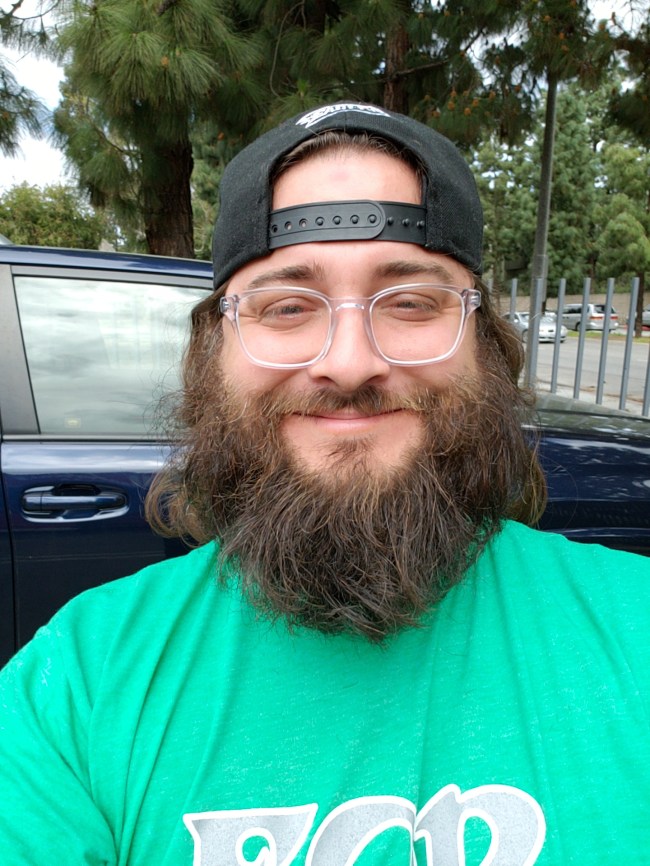 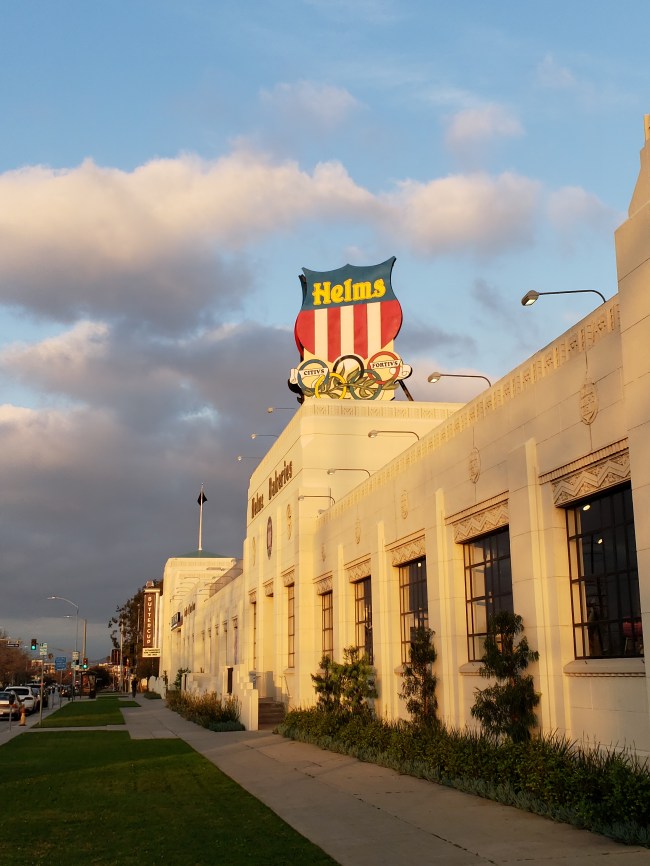 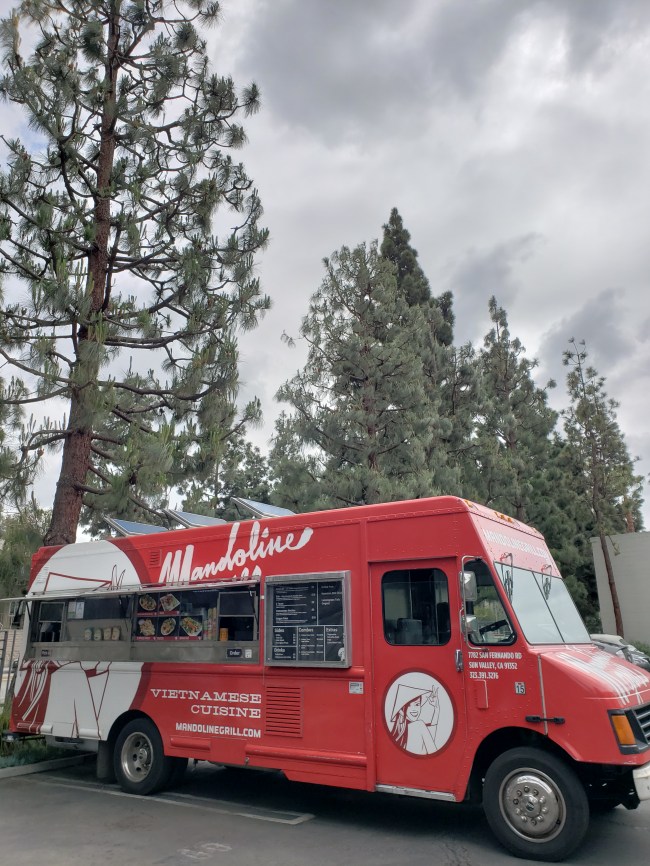 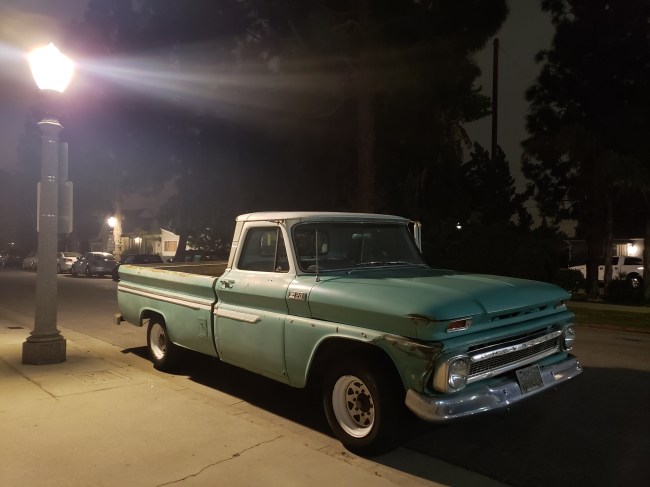 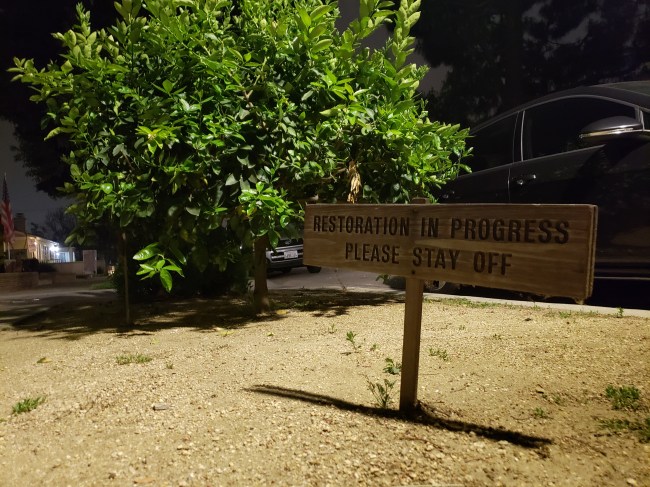 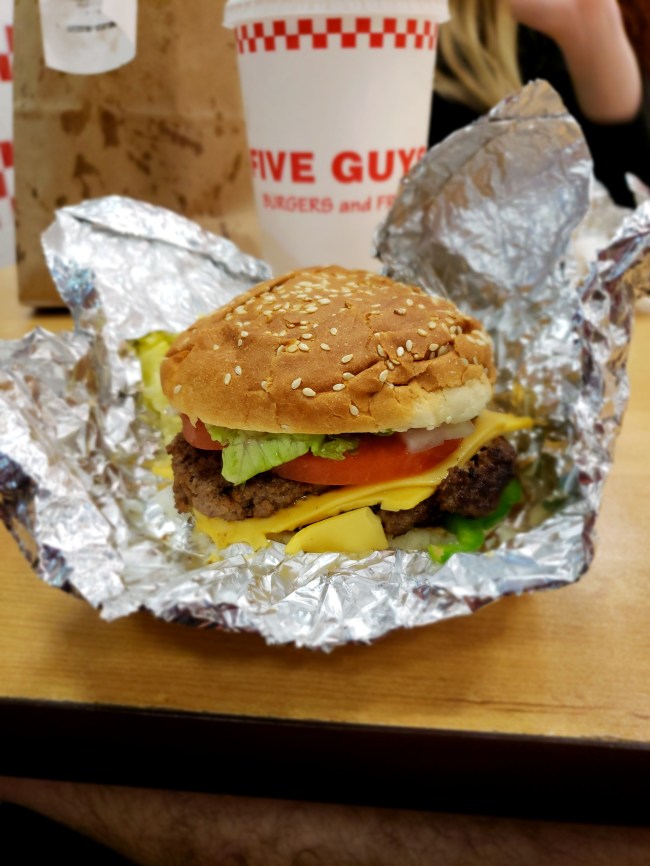 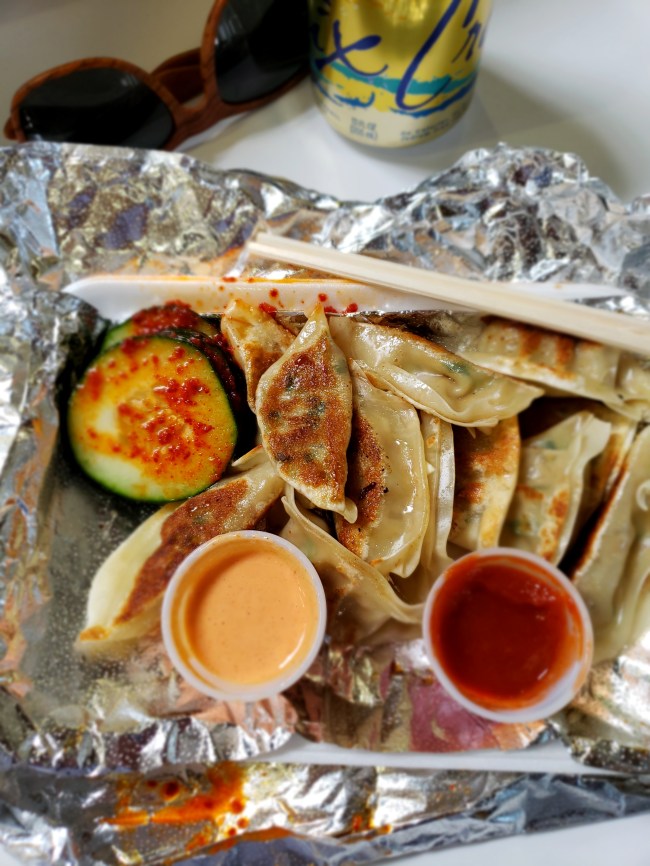 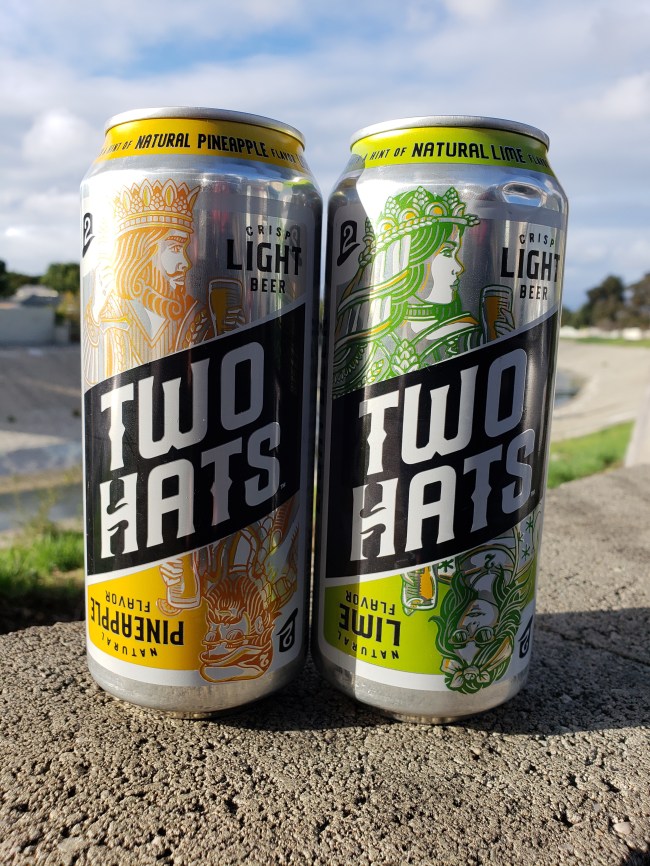 Let’s talk about slow-mo. You’ll see this prominently featured in the Samsung commercial for the phone. It’s a big selling point. It’s a huge pain to capture most of the time. But Samsung’s Super Slow-mo with Super Speed Dual Pixel image sensor makes it easy to capture without a lot of fuss, giving you a 0.2-second section of video that ticks along over the course of six seconds.

It takes some patience and a very still hand to master it. But when it works, it looks great. Here’s an example from an LA Kings hockey game using the auto Super Slo-Mo capabilities. For better results, give it a shot in great light.

This is one of those cool features that’s been on Samsung phones since the S7, but damn is it even better two generations. Switch Video Enhancer on in Settings > Advanced and you’ll get start recording videos that are epically-vivid in camera mode. Just a warning – This creates massive video files quickly. For example, this 14-second tour of the BroBible/UPROXX Los Angeles office is well over 100MB.

Let’s talk about JAMS. Dolby Brings Dolby Atmos Immersive Sound on Samsung Mobile Devices. One of the new key features of the Galaxy S9 and Galaxy S9+ experience is the Dolby Atmos® sound. Dolby calls this “a leap forward from surround sound,” offering a truly immersive sonic experience. In their words: “You’ll feel like you’re in the action as the sounds of people, places, things, and music come alive with richness and depth and seem to move in three-dimensional space.”

The two speaker external speakers on the phone sound great cranked alone at full volume. And with bluetooth wireless headphones on? The Phish concert I was listening to from the 1998 Island Tour sure sounded just like being on the floor on the Nassau Coliseum, which is pretty freakin’ cool considering how divey that room is in real life.

Alright. Let’s talk Bixby, Samsung’s AR smart assistant technology. They rolled this out in the S8 and improved it greatly in the S9. As a rabid shopper, I’m obsessed with it, though it takes a lot of finesse to get used to and use accurate.

The shopping feature let’s you pull prices and retailers for items in the real world using your phone as a lens. For example – My boy JB rolled into the office today with a fresh new pair of Adidas Ultra Boosts in an olive green/tan colorway. All I had to do was run Bixby Vision for it to pull the price from various retailers.

Bixby is going to be a game-changer when it comes to price comparison. Retailers will hate it.

The future is wild, man. 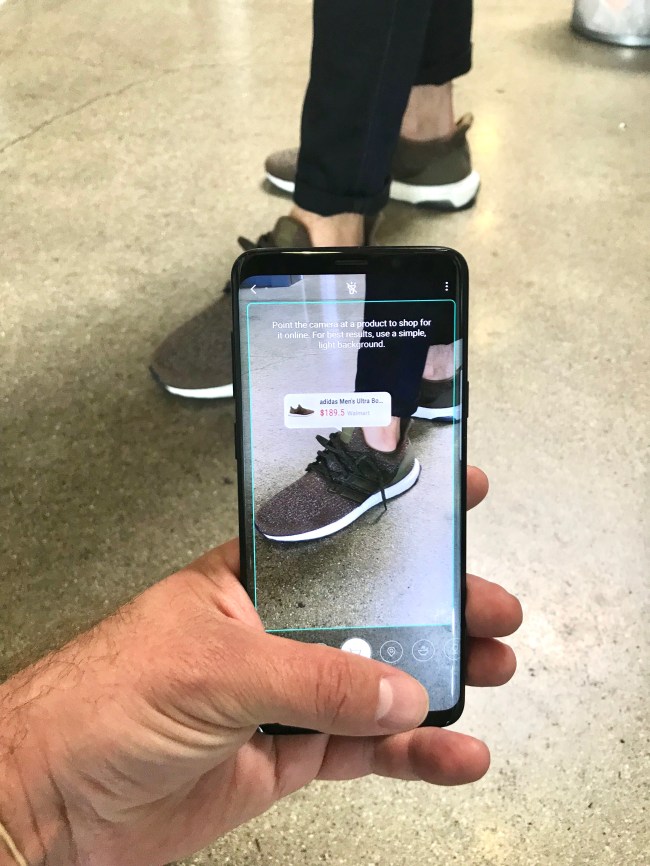 Another rad new Bixby feature, especially if you’re an international traveler looking for cool immersive experiences. This rolled out with the S8 and has a bigger presence with the S9. Using AR technology, just point Bixby Vision at something in another language – Say, a sushi menu. It will show you exactly what it says in the language of the phone thanks to AR magic and the power of Google Translate IN THE VISUAL CONTEXT IN WHICH IT APPEARS.

Always On Display is pretty rad, especially because you can time it to the hours you want it on. Beyond all the pretty home and lock screen customization stuff, let’s talk about THE EDGES OF THE PHONE. I’ve always loved how you can customize the sides of Samsung Galaxy devices since they started rolling out the feature with the S6. Edge contacts, Edge apps, etc. Now it has Edge Lighting, which makes your phone look like something out of TRON… 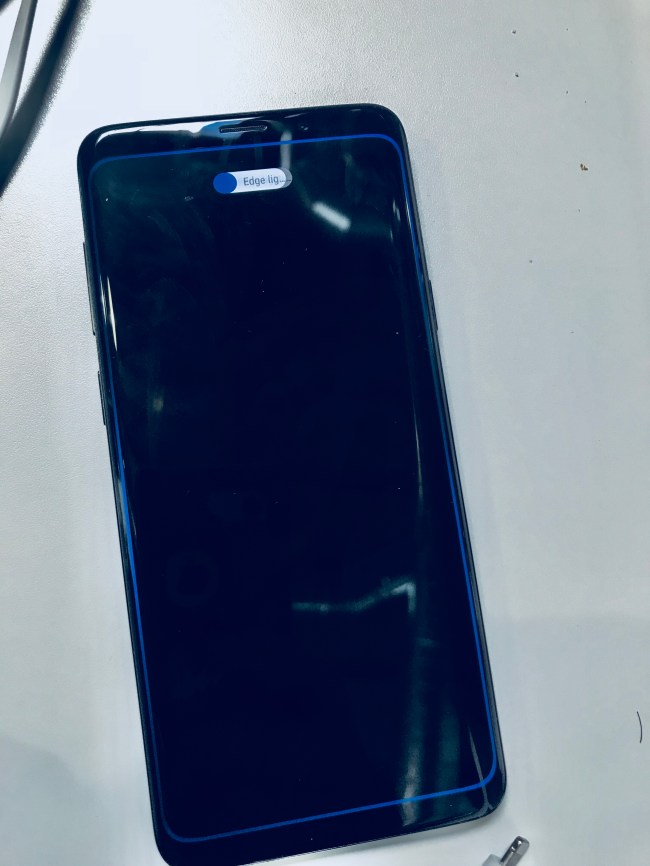 Here’s how to set up Edge Lighting in the Samsung Galaxy S9.

Why leave all the AR fun to Snapchat and Instagram? Samsung’s AR Emoji generator pretty easily generates an emoji of yourself (…it’s not great with beards, however) so you can insert whatever sticker/projections of yourself into your images in the editor. It’s super simple — Just a couple of taps and some customization and BOOM! It’s your digital you: 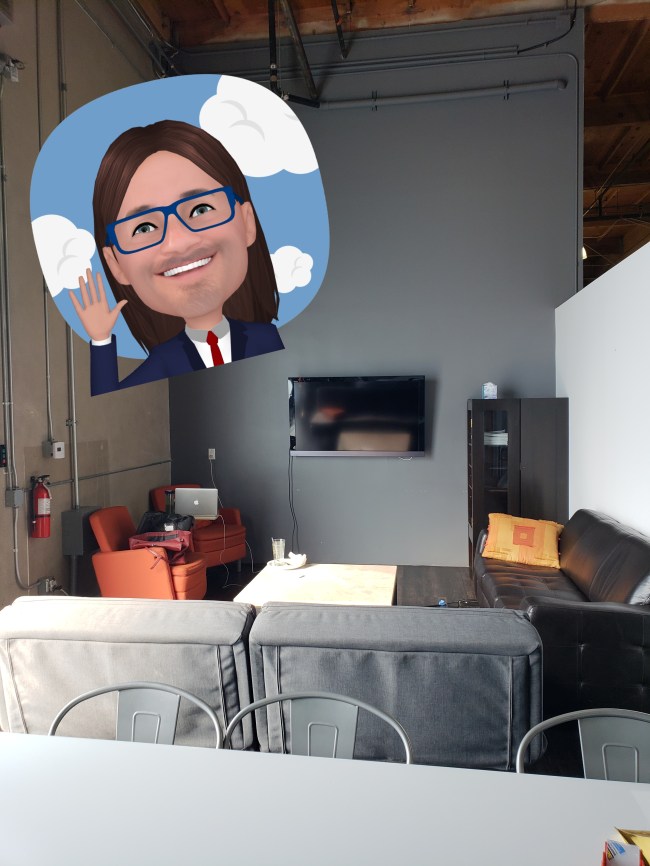 Even with all this technology, modern life is freakin’ stressful. Samsung Health has been best-in-class on smartphones for years now. Now it’s evolving one step further beyond step counters, hydration alarms, and when to go to bed. Samsung Galaxy S9 and S9+ both come with My BP lab, which is a way to monitor stress levels and healthy blood pressure functions in conjunction with a partnership with UCSF. Download the My BP Lab app and opt-in to a three-week research study that involves reporting on behavior related to sleep, fitness, and diet. After a week, it will start providing you some insight relevant to your blood pressure and stress levels, giving you specific advice on how enhance your life and decrease your stress during certain times of day.

It’s like having a second mom to remind you to just chill out and go for a five minute walk outside after that weekly 10AM.

The Samsung S9 Plus is a powerful tool for further blurring the lines between real life and digital life, especially with it’s advanced Augmented Reality and photo features. It feels great in the hand, makes the digital world look fantastic, and hits a value sweet spot for the segment. The camera can’t be beaten, especially if you’re a heavy content creator like myself.