#Tiger Woods
BroBible may earn a commission if you buy a product or service via links in this article.
by Cass AndersonMay 1, 2018
Facebook Twitter Reddit Flipboard 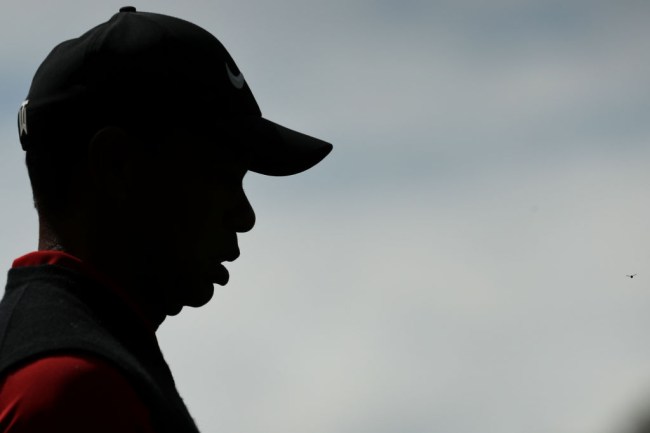 Tiger Woods will tee it up this week at the Wells Fargo Championship at the Quail Hollow Golf Course in Charlotte, North Carolina. Whenever Tiger Woods makes an appearance at a PGA Tour event the number of fans on the course increases exponentially, and this week fans will be able to see something new in Tiger Woods’s golf bag.

Earlier this morning, Tiger Woods posted a picture on his Twitter and Instagram profile pages of the new TaylorMade Golf ‘TW Phase 1’ irons that he’ll be playing with. Tiger signed with TaylorMade back in January 2017, so it’s taken quite a while for these irons to make their way to the golf course in a professional event.

According to Golf Digest, the single most important factor for Tiger Woods when it comes to a new set of irons is the ball flight. He wants the ball to be EXACTLY where he expects it to be, and to achieve these TaylorMade might’ve actually gone back and measured the center of gravity from one of Tiger’s old sets of irons:

TaylorMade VP of tour operations Keith Sbarbaro noted at the time it could be the center of gravity location and they would measure one of Woods’ old sets to match it up. Additionally, the company had at its disposal former Nike employee Mike Taylor, who worked on Woods’ irons and wedges when he used equipment with a swoosh.
…
His TaylorMade irons do no stray far from the irons he used while at Nike or the TGR model he recently had in play. Classic, muscleback blades with the chrome finish and a somewhat squared off toe. TaylorMade’s logo is located on the back in the high toe area. TaylorMade’s Tomo Bystedt also posted a close-up of the irons on Instagram that shows “TW PHASE 1” stamped on the back. (via)

Tiger reportedly worked closely with TaylorMade throughout the entire development phase of these new irons. Everything was built to his specifications, preferences, and standards.

The TaylorMade TW Phase 1 irons will make their debut this week but there’s still not a whole lot that is known about these new blades, but a TaylorMade spokesperson had this to say “As we work toward finalizing Tiger’s new irons, there will be more information to come, including a release date for golfers everywhere.”

I think it’s safe to say that in due time these will be the most talked about irons in the world, and as Tiger Woods plays his way through the Wells Fargo Championships this weekend in Charlotte the golfing community will be watching his ball striking with a microscope.

For more on the TaylorMade TW Phase 1 Irons you can click here to visit Golf Digest.