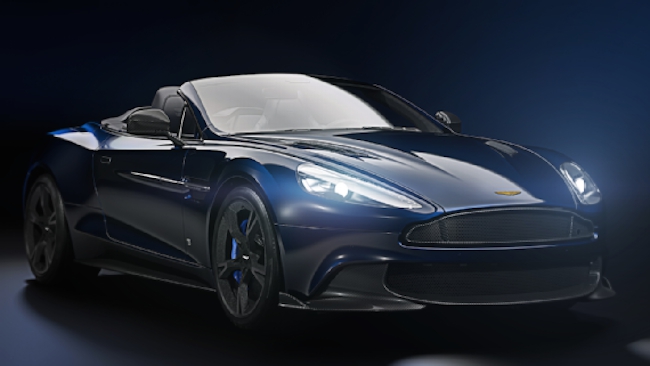 To an outside observer, it would appear Tom Brady has basically everything you could ask for in life. He’s married to Gisele Bündchen, is considered by many to be the greatest quarterback of all time, and has even figured out a way to make himself immune to sunburns. What more could you possibly want?

That would normally be a rhetorical question, but it turns out there’s been something missing from Brady’s life all along: a special edition Aston Martin that he helped design.

As you’d expect, no expense was spared when it came to the finer details:

The car has an ultramarine black exterior with dark leather inside and paddle shift tips made out of California poppy leather. Brady’s signature is on the doorsill plates, and his “TB12” logo can be seen throughout the vehicle, including on the fender and embossed on the headrests.

Aston Martin will be producing 12 cars that will ultimately retail for $359,950. Brady’s initial endorsement deal came with a $212,000 DB11, but if he wants to own his own model, he’ll have to pay for it himself.