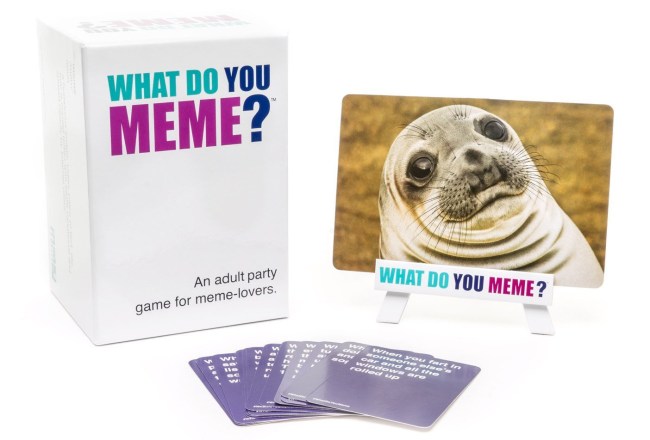 Thanksgiving is just a couple calendar squares away. Whether you plan on spending it devouring the most expensive Thanksgiving dinner in the country or just crushing a box of Thanksgiving-flavored Pringles, there will be a ton of downtime spent staring at family members you only see once a year. Now THERE’S a reason to give thanks.

Instead of asking cousins and nephews questions that you don’t even want the answer to, grab a board game to pass the time between turkey and dessert. What Do You Meme? will do the trick.

Think you’ve got what it takes to out-meme your family and friends? Compete to create the funniest meme by pairing Caption Cards with the Photo Card in play. A rotating judge picks the best combination each round. The rules are simple and the results are hilarious. 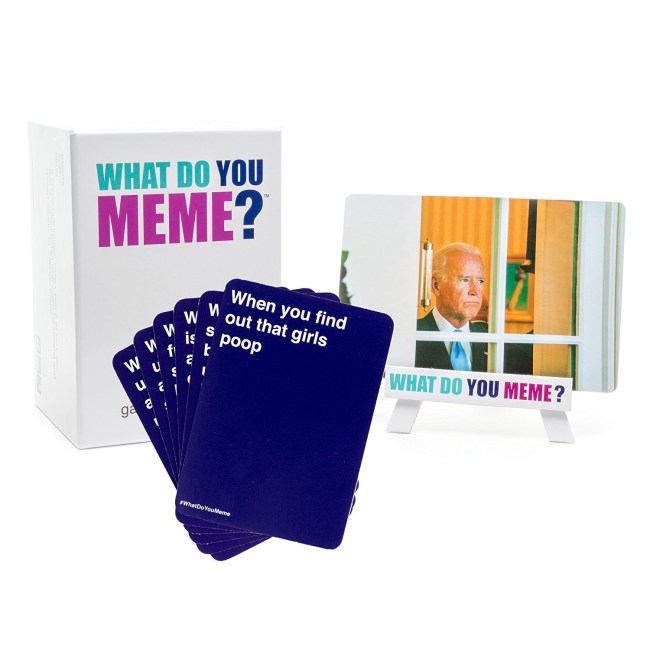 The game was named one of the best stocking stuffers for men and will make the holiday, or any event, much more tolerable.